Zero Motorcycles Ups Its Production For 2015 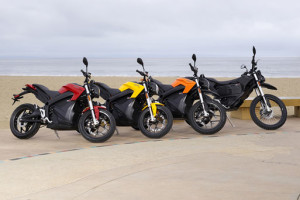 California-based motorcycle company Zero Motorcycles worked a bit of overtime this holiday season to ensure enough of its 2015 models will be available for purchase throughout Christmas and the beginning of the new year, AutoBlog reported.

The motorcycle manufacturer in Scotts Valley has bike-building gurus to help the company get out as many new rides as possible with its newly retooled workshop and warehouse, the source cited. Because Zero expects its sales to increase through 2015, the company brought in extra help for production and pre-order sales.


Pre-Orders On The Rise 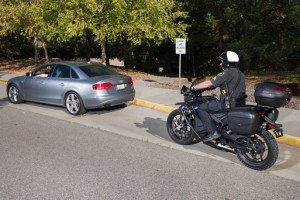 The most popular U.S. dealership for Zero, Hollywood Electrics, confirmed pre-orders were up - especially because the Burbank Police Department in California just agreed on a deal that will send the agency new patrol models. Zero is a highly attractive motorcycle market for police agencies to invest in because the rides are electric. The fuel savings, even with motorcycles, will help police agencies spend less money on their rides.

According to the Zero Motorcycles' press release, the 2015 model line will be available in North American retailers by the end of January, and European markets and delivery are scheduled for February 2015.

"Our 2015 lineup continues to lead the industry in overall range, performance and technology," said Abe Askenazi, chief technology officer for Zero Motorcycles, according to the statement. "For 2015, we focused our efforts on refining virtually every element of the vehicle - from the tires up - to give riders the most pure, seamless experience available."


The Zero SR and DS 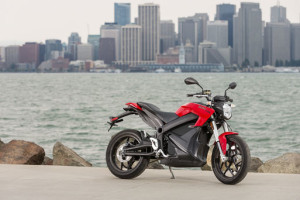 In 2014, Zero Motorcycles hit record sales with its electric bikes and expects 2015 to be even better. According to Ultimate Motorcycling, the company revamped its 2015 models with new Showa suspension systems and extended range on the majority of models, and Zero will now have the first electric bike with anti-lock brakes (ABS).

Motorcycles in the lineup such as the 2015 Zero SR have the ability to reach 77 miles on a single charge while driving 70 mph on the highway but can also hit 151 miles in the city, the source reported. The motorcycle is perfect for city riders - it has a long charge available and is an easier ride with the clutchless direct drive transmission. The Zero SR also has 67â€‹ hp at 4,000 rpm and a max torque of 106 feet-pounds. 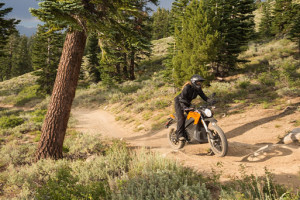 Another popular model is the 2015 Zero DS, which its a dual-sport motorcycle that claims to have 68 feet-pounds of torque, which will let the bike climb most hills as long as there is traction for the rider. The curb weight of the DS is a mere 381 pounds, which makes the ride extremely versatile and smooth for motorcyclists. The DS reaches 107 miles per charge in the city and also includes a clutchless direct transmission.

"We've taken everything learned from building thousands of electric motorcycles and applied it to new manufacturing processes," said Kai Hypko, vice president of operations for Zero. "To meet the increased demand from customers, we've added new jobs here at our California factory."