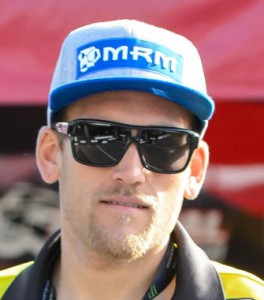 Answering the question posed in Racer X Magazine and all over the Internet, "Why Not Weston?" RCH team principal Ricky Carmichael says why not, indeed. "I'm glad to have Weston a part of the team." Peick earned seven amateur titles without support from factories and raced a privateer since turning pro in 2009... until now. "We are excited to give him the opportunity and look forward to working with him to help him achieve his goals," claims Carmichael.

"He has a great work ethic that will mesh well with our team personnel to get the best result possible," adds Carmichael. "It should be a lot of fun!"

Despite being a self-professed "goon" at Supercross early in his career, the former high school football player has shown marked improvement in the stadiums this season, including Top 5 at Anaheim 3 and the San Diego rounds. However he is really looking forward to returning to the motocross outdoor nationals. "This is a great opportunity to be surrounded by one of the best riders of all time and one of the best factory teams to help me get to the next level," said an elated Peick.

Loyalty is important to Peick and his father, and they requested to finish the Supercross season as a privateer in order to honor their sponsor commitments. This is a request that RCH Racing Soaring Eagle certainly respects and is one of the reasons why Peick was offered the opportunity. "I want to Thank all my current sponsors for their outstanding support for the Supercross series... without them, this opportunity wouldn't be possible," says Weston.

"We are so happy to have the opportunity for Weston to work with RCH Racing," says his father Louie who has been working on Weston's bikes throughout his career. "Thanks to all our sponsors that helped us get to this level."

Look for Weston Peick to make his debut on the RCH Racing Soaring Eagle Suzuki RM-Z450 at Glen Helen on May 24th when the 2014 Lucas Oil Pro Motocross Championship kicks off.


About RCH Racing Soaring Eagle:
RCH Racing is in its second season of the partnership between Ricky Carmichael and Carey Hart to campaign the Feld Motor SportsÂ® 2014 Monster Energy AMA Supercross, an FIM World Championship series as well as the 2014 Lucas Oil Pro Motorcross Championship. Ricky Carmichael merged his Suzuki relationship and technical development with the established five year marketing giant of Hart & Huntington Racing in 2013. The RCH Racing Soaring Eagle Team continues its partnerships with Suzuki, Fox, Dodge, Sycuan Casino, Yoshimura and Bel-Ray. Stay up to date on all RCH Racing Soaring Eagle news, follow us on Instagram and Twitter @RCHRacing and on Facebook at www.facebook.com/hartandhuntington.