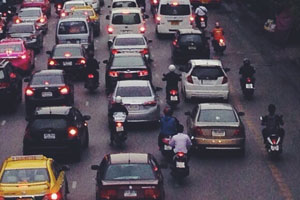 New studies highlighted by the American Motorcyclist Association have been released exploring the statistics on motorcycle riders performing lane-splitting in California. Lane-splitting, also known as filtering, is when a motorcycle moves between traffic and driving lanes, which the AMA said is a "relatively safe maneuver" when drivers in the lane and the motorcyclist know the law and follow it safely and responsibly.

The research looked through roughly 8,000 incidents where motorcyclists were engaged in a crash while lane-splitting. The reports inspected incidents between June 2012 and August 2013 and the habits of motorcyclists and vehicle drivers during crashes in California, a state that currently has more than 800,000 registered motorcycles. 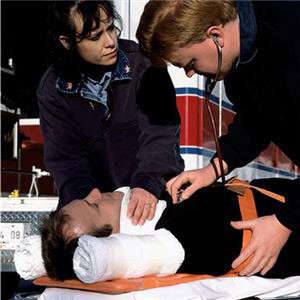 The researchers discovered, that with each type of injury studied, the percentages of injuries from accidents when lane splitting varied based on how the filtering was done. The research found there were injuries for lane-splitting at high and low speeds, but there was a reduction in head injuries if the rider was traveling no more than 10 mph above the speed of traffic or if the lane-splitting was done in traffic traveling up to 30 mph. If both conditions were met the reduction in injuries improved even further, however the chance of injury was higher than non-filtering motorcyclists if neither condition was followed.

"These findings bolster the position of motorcyclists and traffic-safety officials that responsible lane-splitting is a safe and effective tactic for riders, particularly in heavily congested areas," said Wayne Allard, vice president of government relations at the AMA.

Allard added that the AMA supports the practices that bring legal lane-splitting or filtering to other states since the report found the process safe in California when done effectively. Currently, the only state that allows lane-splitting is California, but with the new reports, that could change.


Less Likely To Be Rear-Ended 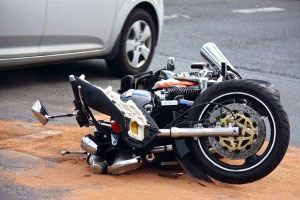 According to the National Highway Traffic Safety Administration, around 40 percent of all two-vehicle accidents in the U.S. are rear-ender incidents. For motorcyclists, there's no such thing as a minor fender-bender or rear-end accident since there's no shell protecting riders. Drivers need to stop thinking that lane-splitting is queue jumping and that motorcyclists should wait just like everyone else, Gizmag reported. Lane-splitting is beneficial to motorcycle riders because it limits the chance of an accident, especially being rear-ended in heavy traffic. Additionally, traffic benefits from lane-splitting because it moves more motorcyclists out of heavily congested areas, thus speeding up traffic and reducing worry for drivers from rear-ending riders.