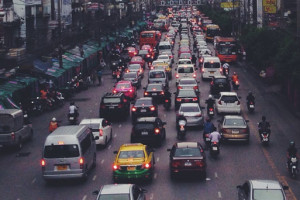 Riding a motorcycle between two lanes of stopped or slowly moving traffic -- a tactic known as lane splitting -- is a relatively safe maneuver when both the motorcyclist and nearby drivers know the law and adhere to "safe and prudent" practices, according to two California studies released this week.

One report is a crash study that examined nearly 8,000 motorcyclists who were involved in crashes while lane splitting between June 2012 and August 2013. The second report examined lane-splitting habits among various groups in 2012 and 2013. California has more than 800,000 registered motorcycles.

The speed components mentioned in the report closely align with the lane-splitting guidelines posted on the California Highway Patrol website in 2013 and removed this summer after a complaint from one Sacramento resident. 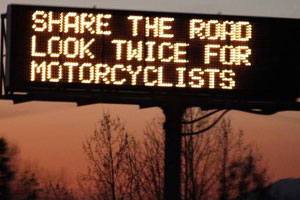 "These findings bolster the position of motorcyclists and traffic-safety officials that responsible lane splitting is a safe and effective tactic for riders, particularly in heavily congested areas," said Wayne Allard, vice president of government relations for the American Motorcyclist Association. "The AMA endorses these practices and will assist groups and individuals working to bring legal lane splitting or filtering to their states."

California is the only U.S. state where lane splitting is permitted. State law neither prohibits nor specifically allows the maneuver.

In many countries, lane splitting and filtering are normal practices for motorcyclists, Allard said. Particularly in the highly urbanized areas of Europe and Asia, motorcycle and scooter operators are expected to pass between conventional vehicles and advance to the front of the group.


Among the findings in the California studies 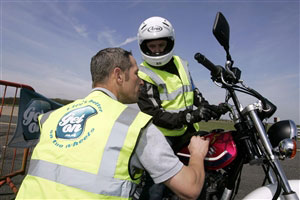 The goal of the project was to obtain information not usually collected during law enforcement investigations of motorcycle traffic collisions in California. The reports are the result of a two-year collaboration between SafeTREC and the California Highway Patrol. The California Office of Traffic Safety provided funding.

The data came from collision investigations by CHP officers and by officers at more than 80 allied law enforcement agencies in the state.