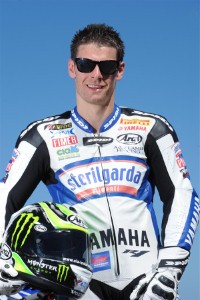 The Tech 3 Yamaha team will have a distinctly British flair in 2013. Cal Crutchlow signed a new one-year extension with the motorsports team, and he will be joined by fellow U.K. rider Bradley Smith. It will be the team's first all-British lineup.

Crutchlow's signing coincides with his best effort in MotoGP at the Czech Grand Prix, where he finished third for the first podium finish of his career.

"I am really happy to have scored my best ever qualifying result in MotoGP and the timing couldn't be better after I signed a new contract with the Monster Yamaha Tech 3 earlier today," Crutchlow said. "This was the perfect way to immediately repay the faith shown in me by Tech 3, Yamaha and Monster."

Smith claimed his spot on the team after graduating from Moto2. He had three podium finishes in 2012, his second season with that squad.

Rumors were swirling about the two riders prior to the announcement of their signings. Crutchlow was considering a return to World Superbike and had some contract talks with Ducati. Smith, whose contract was announced at the end of last year, faced some doubts about whether or not he was ready to move up to MotoGP.