By browsing, you consent to our use of Cookies.
X
Home
/
Sid's Garage
/
Racing
/ 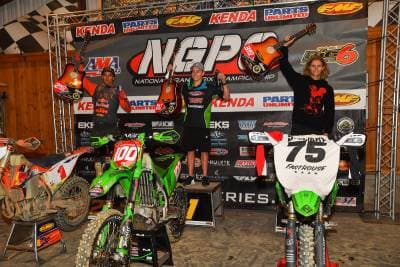 The Chaparral Motorsports, Precision Concepts, Kawasaki team headed out to the 2021 Glen Helen NGPC for the third round of the series over the weekend. Hosting club, Prairie Dogs MC laid out a fast, flowing course that navigated much of the Glen Helen landscape. The course included the motocross tracks, many of the lower sand washes, as well as the surrounding ridges in the hills. The consensus among the riders seemed to be that the course was on the high-speed side, at least in sections. But the Prairie Dogs did an excellent job of keeping the terrain prepped over the weekend. This allowed the riders to truly race during Sunday's ninety-minute Pro finale. 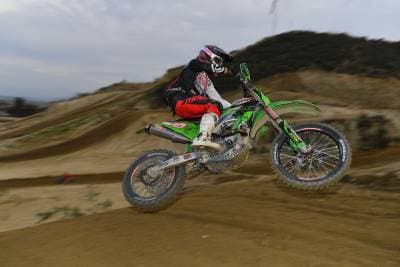 When the starting gate dropped to release the Open Pro riders, Zach had an excellent jump. As he rocketed up the start straight, Bell was side-by-side with fellow Kawasaki rider Trevor Stewart. Through the first corner, Zach was able to carry a little more momentum and take control of the lead position. Over the first couple laps, Bell was working through some tightness. As a result, Stewart and championship-leader Dante Oliveira were able to stay closely in tow. Then, as the race neared the hour mark, Zach was able to begin stretching a gap as he asserted his authority over the field.

With two laps to go, however, his race nearly took a disastrous turn. Through a tight, single-track section, a lapped rider collided with Bell. This sent the Kawasaki rider to the ground and he was stuck under his bike. Unable to wriggle free, Zach was fortunate that fellow racer Brandy Richards stopped to help get the bike off of him in a fantastic display of sportsmanship. From there, Bell was able to remount his KX450X and had pulled enough of a gap to maintain the lead. He was then able to hold that to the finish and take his first win of the 2021 season. 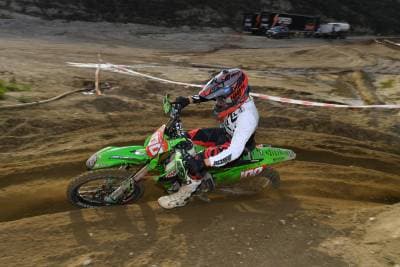 "The weekend started off well. We made some adjustments on Saturday and felt good learning the track. Unfortunately, a rider went down [in the race prior to the pro race] and suffered some major injuries. So, we had a massive delay [to the start of the race]. But it was worth getting that kid the attention he needed. So, we started a little later, but my race started off well. I got the hole shot and led start-to-finish. The first few laps, I rode a little tight. But once I loosened up, I started to pull a good lead. Good thing, because right before the white flag came out, I got tangled up with a lapped rider in the single track. I went down, the bike landed on me and was pouring hot oil on me. So, I was stuck and there was no way I was getting up. Thankfully, Brandy Richards stopped her race and helped me get the bike off. So, a huge thanks to her. Then I was able to finish strong. I felt good all day, the bike was solid and we'll just keep grinding.” - ZACH BELL 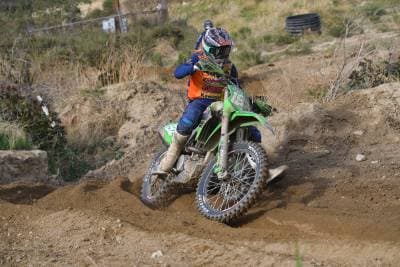 Alvarez had a good jump over the starting gate, but he quickly came together with the rider next to him, which slowed his momentum. This allowed the field of Pro 2 riders to swallow him up and J.P. was mid-pack through the first turn. The KX250X-rider did well to slice his way through the field within the initial corners and get inside the top-ten. Over the first couple laps, Alvarez continued his forward momentum and worked up into the top-five. By the time he reached fifth place, however, there was a decent gap to the riders ahead. J.P. rode his hardest, but just wasn't quite able to close the distance. Still, it was a solid performance for the Kawasaki rider to earn his first top-five finish of the NGPC season. 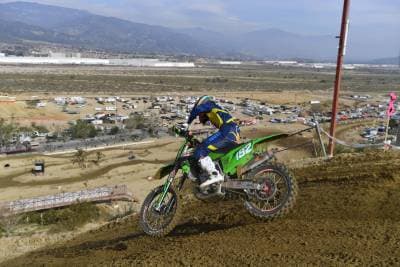 "Today, I had a good jump, but maybe ten feet off the gate, another rider and I caught bars. That messed me up, so I had to back off and was like mid-pack if I had to guess. Once I got up to fifth, I could see Mason [Ottersberg in fourth]. I saw him look back and he definitely got on it and gapped me. Maybe he was taking better lines than me. Honestly, I'm kind of bummed out [on the finish]. I really wanted to get on the podium today. It's been really frustrating lately, struggling to get back up there. Last year, I was getting podiums and it was going well. But we'll just have to put the puzzle back together and get where I want to be.” - J.P. ALVAREZ 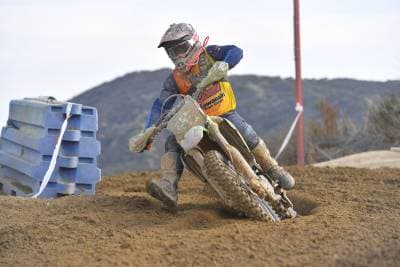 Hengeveld got off to a decent start, slotting in just inside the top-ten. Through the early-lap intensity Clay had settled into eighth place. From there, Hengeveld was able to make a move on Austin Serpa to take over seventh. The KX250X-mounted rider then pushed hard to find the pace of the leading pack. As the pit stops neared, Hengeveld had closed to within thirty seconds of Kai Aiello, who was in sixth. Clay set out aggressively to catch Aiello as time wound down, but had a "nearly" moment where he almost blew off one of the ridges. The Kawasaki rider lost some time as he recovered. And though he narrowed the distance on the last lap, he wasn't able to get close enough to apply any pressure on Aiello. In the end, Clay crossed the line to take seventh, his best finish on the NGPC season thus far. 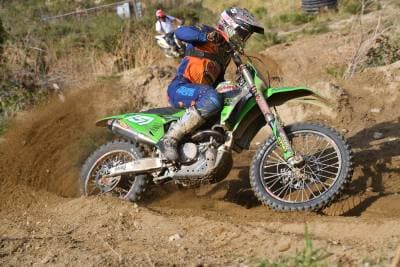 "Overall, not too bad of a day. I got off to a decent start. But I just made a few too many mistakes that cost me my shot at staying up there with the top-five. Still, a solid day. I learned a bit more and I'm healthy. So, I'm just going to keep working. I believe we'll get there. But I just want to give a huge thank you to the whole Chaparral Motorsports, Precision Concepts, Kawasaki team for having a great bike this weekend and for all of the help and support." - CLAY HENGEVELD

"To start, it was great to see how well the Prairie Dogs MC and Glen Helen crews prepped the course. The cool weather definitely helped, but the overall prep was great and allowed for good racing all weekend.

"It was fantastic to see Zach control the race the way he did. He said he was a little tight early, but he was still able to manage the lead. Then, when he loosened up, he was really able to express himself and looked great. To be able to have the late incident that he did, and still be able to get the win is a great feeling and hopefully he can continue to build on that.

"J.P. rode really well. He looked like the fastest rider on track at times. But I do think that with how fast the course was, we were a little out-powered on the higher-speed straights. It's something we'll work on to close the gap down on the competition and give our boys a better platform to get up there to battle for podiums. Still, the effort was great from J.P. today. I know he's a bit frustrated, but it was another solid finish for him to build on.

"Clay had a good ride today. I can see he's a bit disappointed because he wants to be further up there with that lead pack. But his speed is still improving. He's right at the edge of the top-five, speed-wise. So, he just needs to continue putting in the work to close that gap."