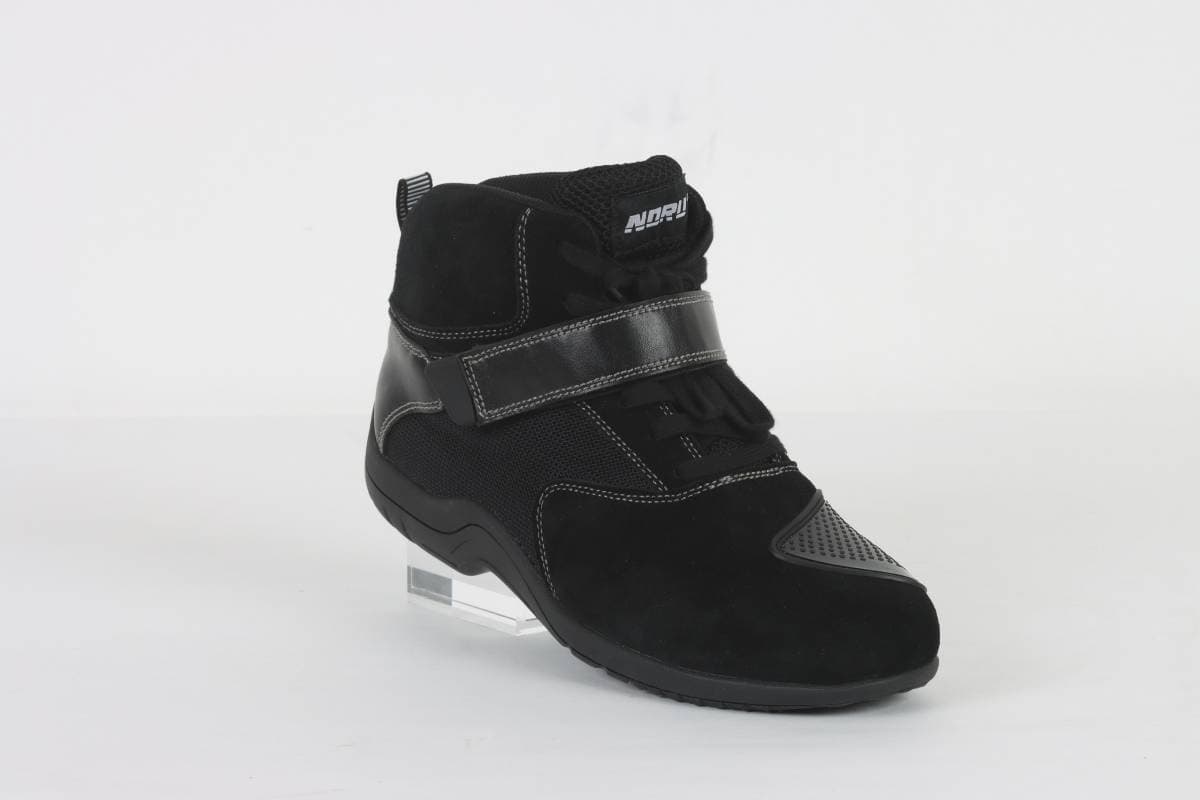 Different riders prefer different types of motorcycle gear. New riders or budget conscious riders may not want to put out a bunch of money on riding gear when they first start out. There's also the motorcycle factor. When it comes to cruiser, street bike, and scooter riders, most of them tend to sway towards shorty, sport style riding boots for their feet. This style of riding boot are called shorty or sporty boots because unlike the footwear worn by sport bike and sport touring riders that cover the mid point of the calf, sporty boots are just like high-tops in that they just barely cover the ankles. Granted they may not provide as much protection but for these riders they prefer the comfort of a lighter weight boot that still offers durability and safety. That's pretty much where the Noru Baika Boots come into play. Designed to serve multiple functions, the Baika motorcycle boots look like your typical high-tops that any person would wear, but they come with the benefit of rider protection, lightweight feel, style, and an extremely affordable price.

The Baika boots may look like a standard shoe but they have specific features that cater to the motorcycle riding crowd. For example, the Baika's are extremely well made with double row stitching through out so that the boots can take on the abuse of the open road and still offer protection. The double stitching also helps with the rigors of aggressive riding and the occasional impact of materials like small rocks and obscure debris hitting the shoes at speeds when riding. Comprised of a mixture of sued and nylon the chassis these boots are intended to withstand abrasion and constant abuse. On the base of the shoe is a molded rubber sole with an integrated steel shank. The steel shank offers a safe haven for the bottom of the foot as well as rigidity and stability when standing on the foot pegs. With the slip resistant rubber soles on these urban style boots users won't have to worry about losing their footing when on the pegs or at stops when holding up the motorcycle. 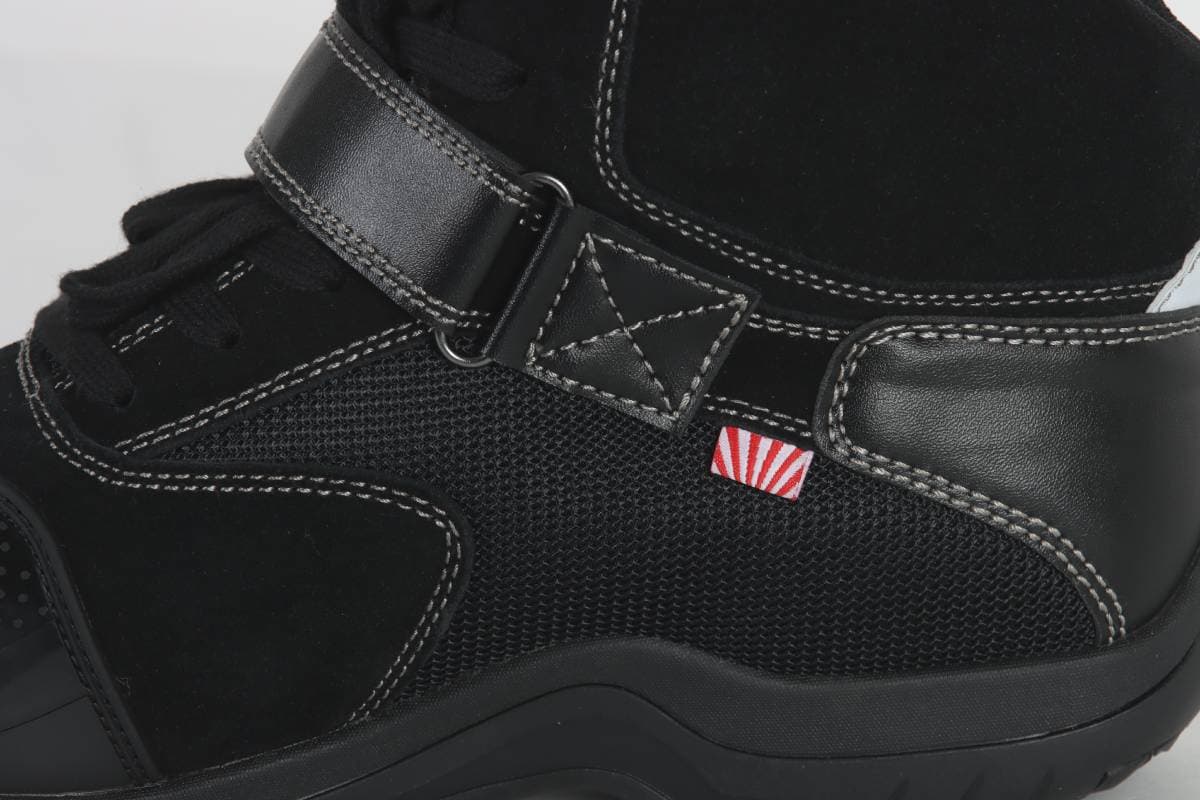 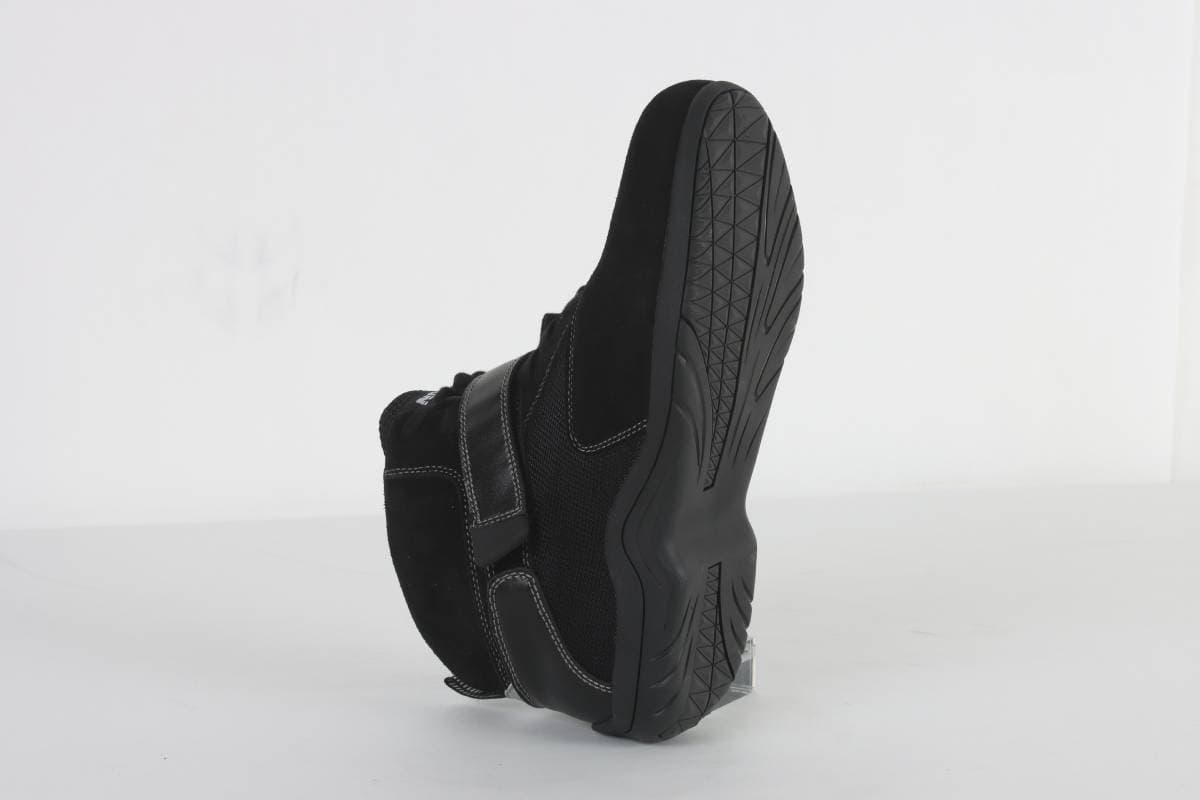 As mentioned above, these motorcycle boots look like typical shoes and therefore have an easy to grip tongue and a finger loop on the top of the backside that make them simple to slip on. For rider security the lace up style high-tops allows the wearer to cinch the boots as tightly as needed. The addition of a Velcro top strap enables the rider tighten the boots even more and securely tuck the shoe laces away. This may seem like a simple feature but it leads to less chances of the shoe laces coming untied or getting caught up a a part of the motorcycle. Motorcyclists will also greatly appreciate the gripped rubber section found running across the top portion of the boot. This integral piece does double duty as it makes it easy for riders to grip their foot under the shifter peg for up shifts as well as protect the boot/material from repetitive use. While the shifter pad is only necessary for the right boot, it's on both boots for continuity. 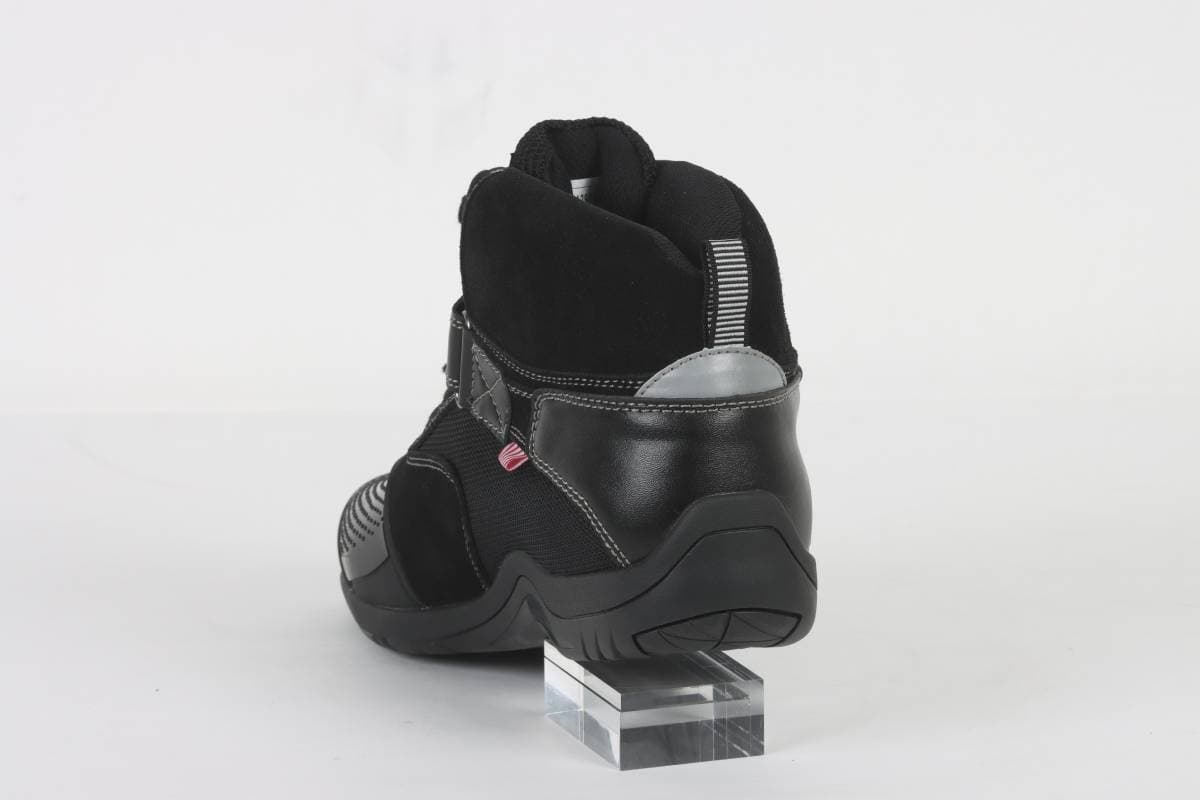 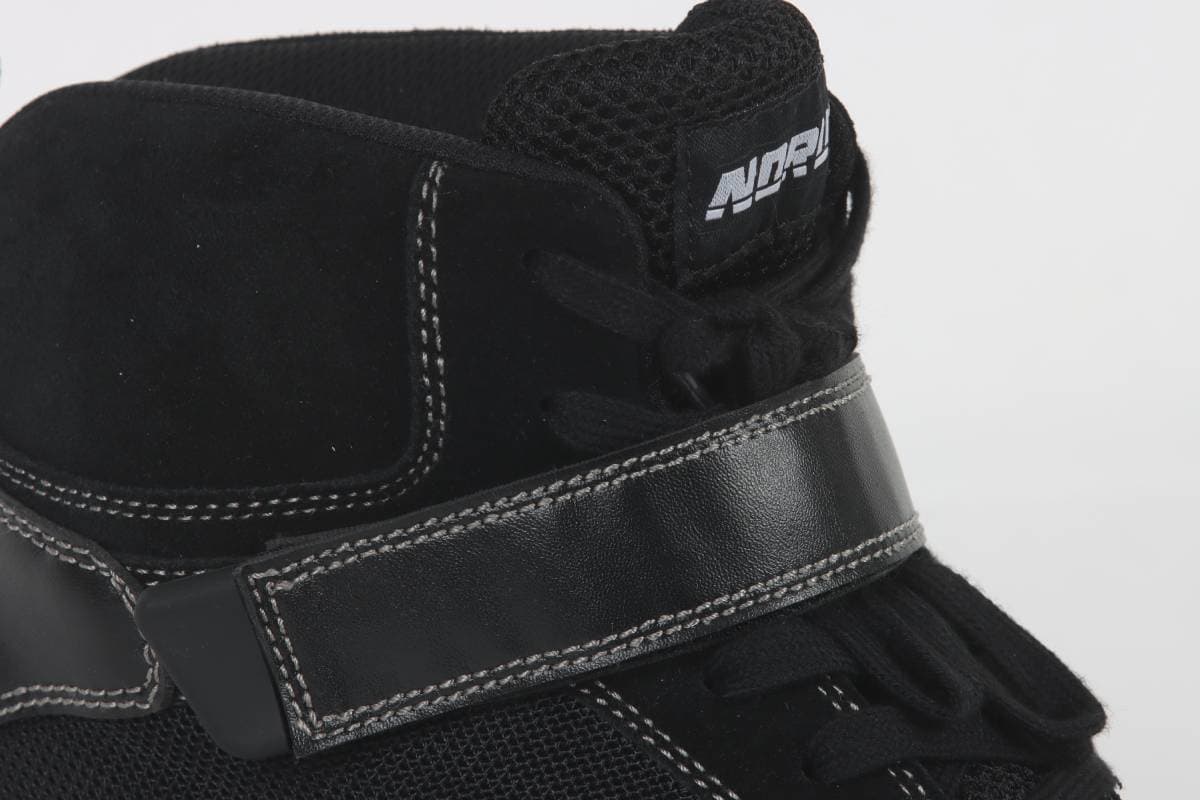 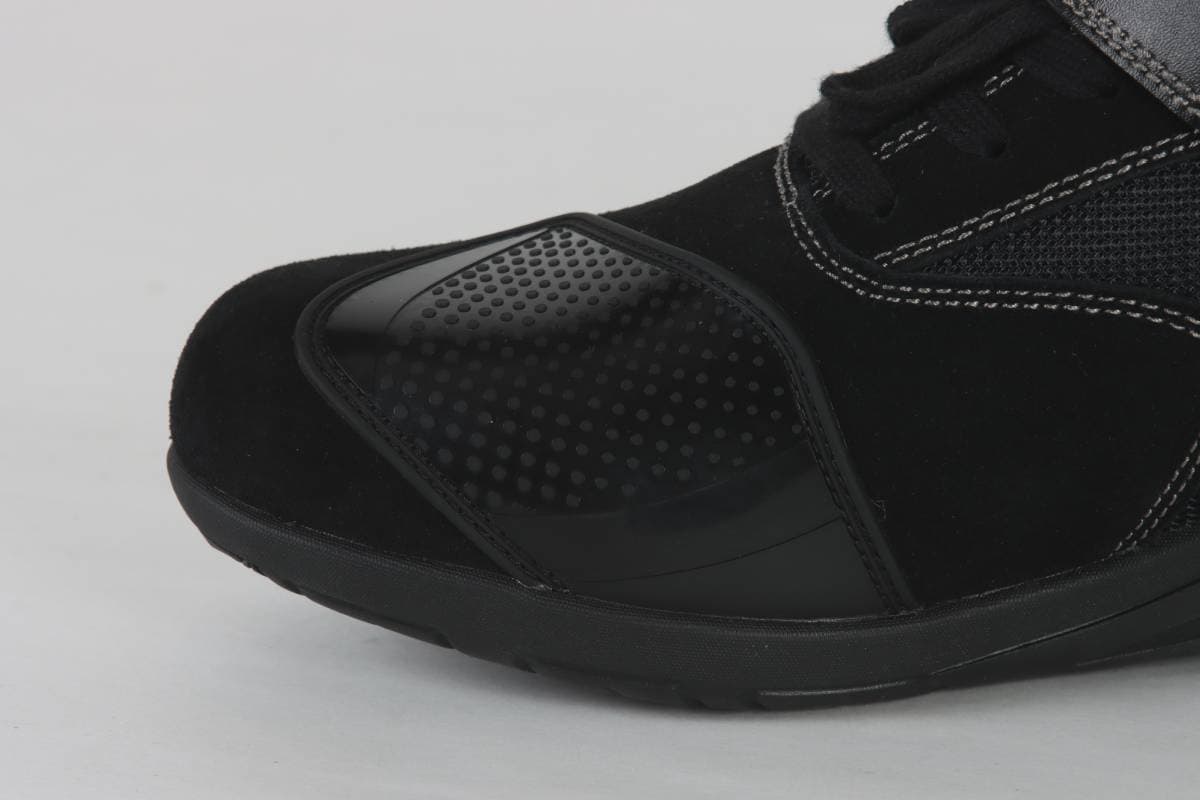 While the steel shank in the sole provides support and protection, the padded foot bed and cushioned lining delivers the ability to comfortably wear and walk around in the shoes all day. Speaking of padding, in addition to the overstuffed collar found on the Baika Boots, there are also small impact resistant discs in the ankle area for additional protection. Another safety feature for improved nighttime riding and rider visibility is the highly reflective material incorporated into upper heal of these motorcycle boots.

If you were to look at competing brands of motorcycle boots you'd have to consider the TCX Street Air 3, the Alpinestars Sektor, and the TCX Blaze. These three boots do provide features and characteristics for the motorcycle rider, such as the 3D0 impact material found in the Street Air 3, or the Velcro keeper atop the Alpinestars Sektors. What they lack though is almost more important. The Air 3 don't have the shifter toe protection which means the material will get mauled and worn from up shifts. As streetable as they are, the Air 3s also don't have a method of securing the laces and keeping them from flying around—other than tucking them into the shoes. On the other hand, even though the TCX Blaze is a high-top style riding boot, it looks more appropriate on an Italian sport bike than it does on a Japanese street bike or an American cruiser.

Realistically, the Alpinestars Sektor Riding Boot is probably the best bet with the most comparable features, however, price is the big factor. Are you getting a better boot and more for your money with the Alpinestars Sectors? Yes. But if you are a beginner rider or budget rider and not looking to spend a ton of money of on motorcycle boots, the Noru Baika are a great choice. 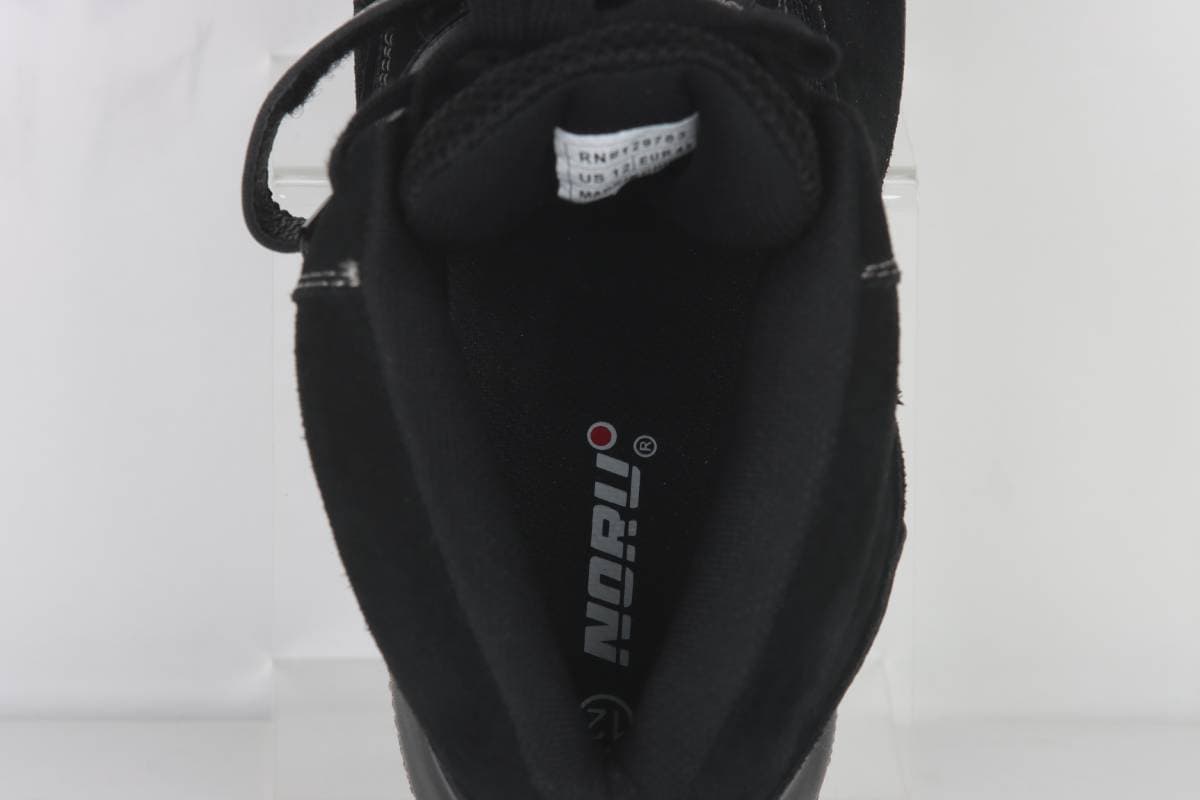 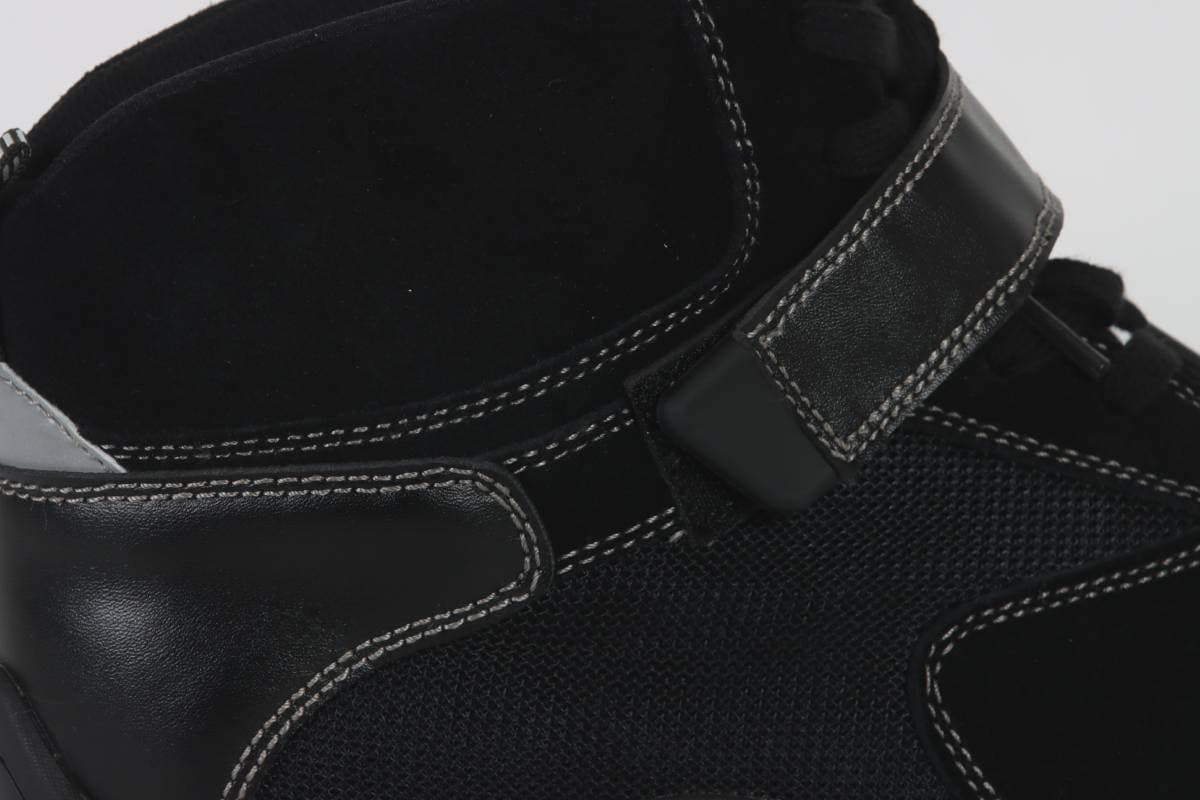 When you consider that the Noru Baika Boots are $99.99 and that the Street Air 3 or the Alpine Sektors are $159.99, and you're just starting out, or can't afford expensive gear, then the choice is pretty clear as to what's the better deal. The TCX Blaze is the only one that falls into that same $99.99 price tag. The big difference though is when there's a sale, you can usually pick up a pair of Noru Baika motorcycle boots for $49.99, whereas the TCX Blaze boots will typically only drop down to about $79.99.

So if protection, style, comfort, and price are important to you when it comes to entry-level style motorcycle gear, you know where to stuff your foot. 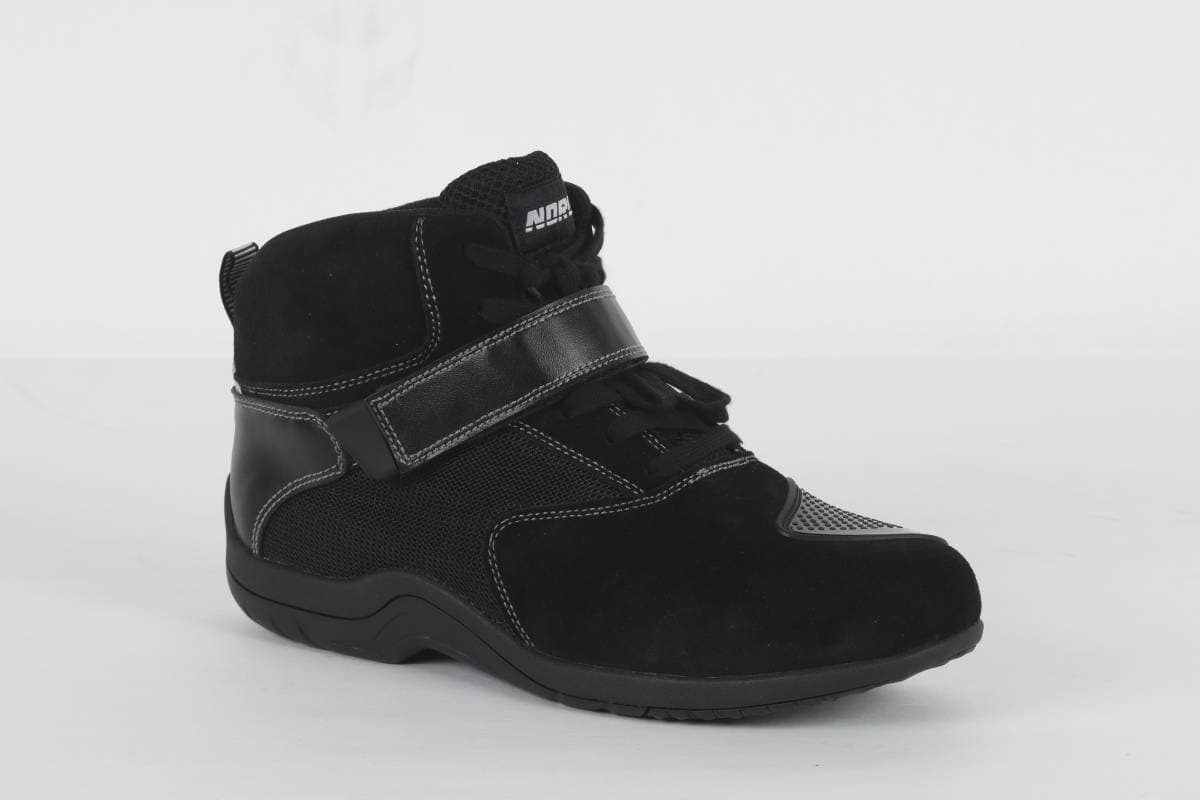 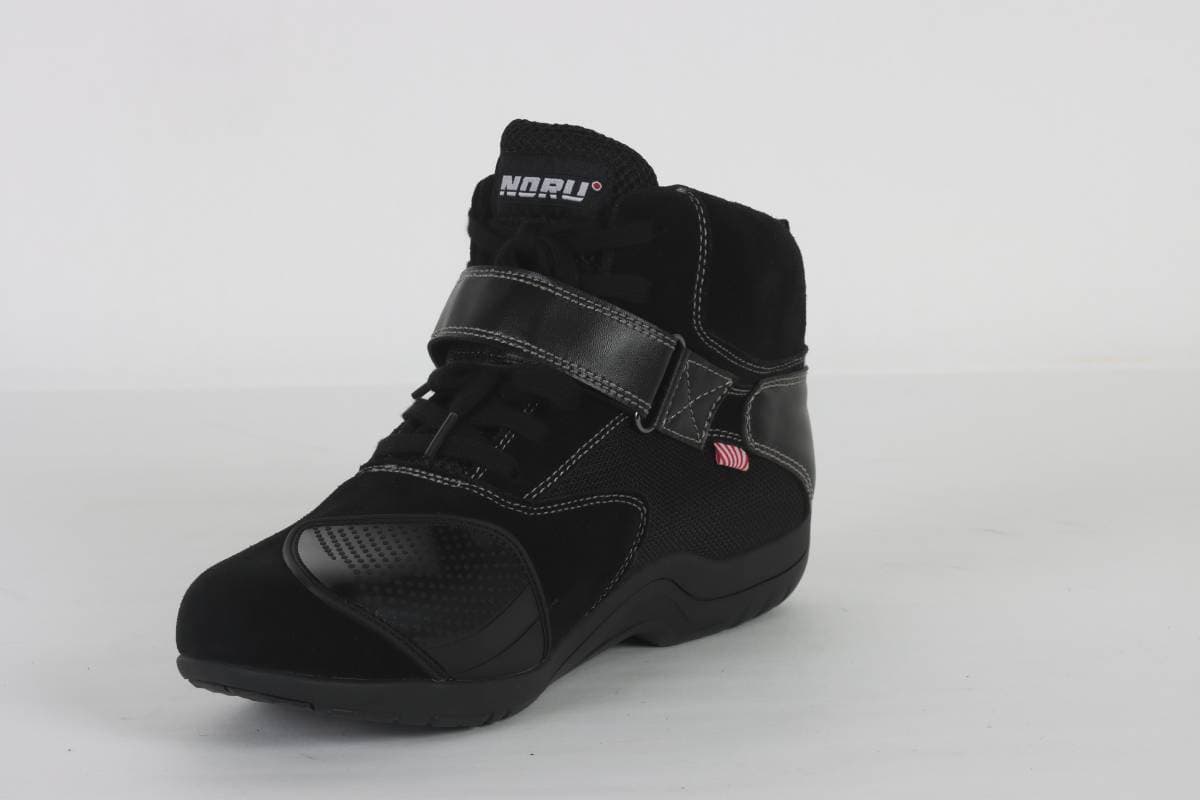 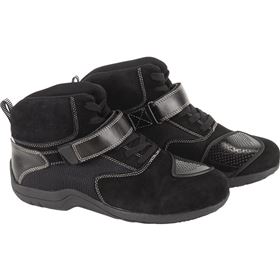