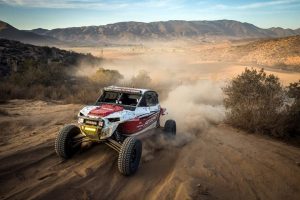 The team's 50 wins exceeded the dominate 43-win performance the team generated in the 2016 and 2017 seasons combined. The momentum the team brought in 2018 resulted in victories at largely every race, including championships in the WORCS, SCORE, Lucas Oil Off Road Racing and Best in the Desert racing series.

"It's been a fantastic year of racing with incredible results," said Kyle Duea, Vice President of ORV Marketing at Polaris Industries. "The tremendous amount of dedication that went into training and preparation by the racers and their teams was incredible. We can't wait to keep the momentum going as we gear up for a successful 2019 season."