During the CUSTOMBIKE SHOW that opened its doors today in Bad Salzuflen, Germany, METZELER unveiled the new CRUISETECâ„¢, the Custom Touring tire designed to optimize the performance of modern and past V-Twins and intended for motorcyclists who want to get the most out of their motorcycles in terms of handling and grip. 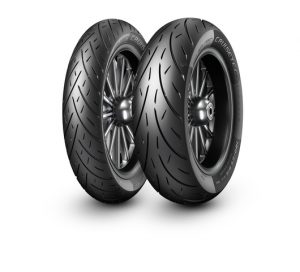 With the new CRUISETECâ„¢, METZELER extends its successful V-Twin range towards performance-oriented use. This tire upgrades the handling of current and older motorcycles, featuring remarkable grip even in wet conditions, ground breaking performance and innovative stability features. CRUISETECâ„¢ features revolutionary characteristics for tread pattern, compound recipe and carcass specifications in the production of tires for V-Twin motorcycles. 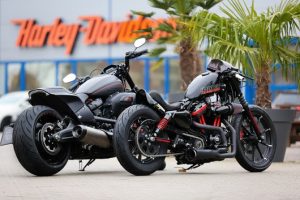 METZELER has developed CRUISETECâ„¢ to meet the needs of motorcyclists who increasingly look for emotional, carefree riding and live their riding passion on V-Twin machines with custom performance in mind. CRUISETECâ„¢ has been designed to pair with the latest generation of Cruisers and Tourers, machines that manufacturers are equipping with high-rated performance parts and the latest electronic rider aids. With the METZELER CRUISETECâ„¢ tire, these motorcycles can meet their full potential for agility, increased lean angles, improved stability, comfort, shorter stopping distance and faster cornering. Thanks to a cutting-edge combination of technological features - including industry-leading innovations - experienced V-Twin riders and newer riders alike can enjoy a perfected riding performance, confidently confirming Metzeler's product tagline "Performance Perfected."

The main benefits of the new CRUISETECâ„¢ include:

METZELER CRUISETECâ„¢ is designed to respond to the needs of V-Twin performance riding, and complements the METZELER portfolio for V-Twins, which now consists of:

The new CRUISETECâ„¢ tire will be available starting January 2019 in the following sizes: