DIY: How To Change Your Dirt Bike Oil

Proper dirt bike maintenance is the cornerstone to making sure your motorcycle is ready to go when you are. While your bike make take a lot of abuse on and off the track if you don't treat it right in the garage it's going to eventually give up on you. The most important thing you can do is regularly change your oil. 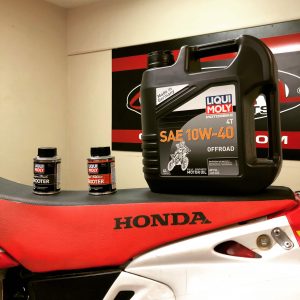 Why is Engine Oil Important?

The purpose of the oil in your dirt bike is to keep internal engine components lubricated, as well as help keep things cool and running smoothly. Besides lubricating the engine, your oil can also act as an early warning indicator letting you know if something isn't right inside your engine. When you drain the oil it's best to inspect the drain pan for large pieces of metal or excessive debris. It's kind of like panning for gold, except instead a feeling of elation your heart might sink if you find chunks of metal in at the bottom of the drain pan. 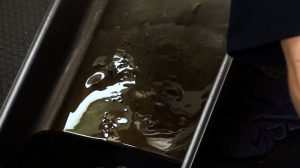 From the extreme heat and wear, if you don't change your oil regularly, over time the motor oil will break down, lose its viscosity and the ability to do it job properly. It's not too hard to perform an oil change on a dirt bike. Once you've done it a few times you'll have it down to where you could knock out the task in about 10 minutes or so.


Get the Sludge Out

One of the biggest problems with performing an oil change is that if you don't get all the sludge and contaminates out when you drain the system, as soon as you put new oil in it will get contaminated quickly. Engine oil has a bit of detergent incorporated into its formula to help clean internal components however it's only a small amount of cleaner. To really get the inside clean and draw out nasty particles and grime it helps to use a detergent concentrate like Liqui Moly's Engine Flush. By adding the Engine Flush before you start the oil change and then letting the bike run for ten minutes it will help loosen up deposits and dissolve layers of lacquers that may have built up. 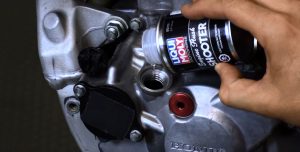 Travis Snyder brought in his Honda CRF 450X to perform an oil change as well as show the benefits of using the Liqui Moly Engine Flush as a pre-cleaner. Check out the video below for the step-by-step dirt bike oil change how-to.