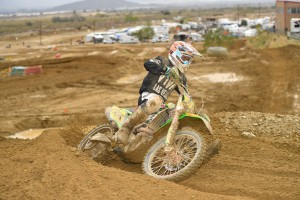 Two days of rain made for slightly muddy conditions at the 2018 Glen Helen BIG 6. The benefit was absolutely zero dust. This allowed the hosting Prairie Dogs MC the opportunity to utilize the surrounding mountain ridges. The end result was a much more off-road oriented racecourse, but one that was very race-able.

In the Pro class, Chaparral Motorsports, Precision Concepts, Kawasaki's Blayne Thompson continues to build form. He enjoyed his best finish of the season thus far, earning seventh. Justin Seeds suffered a last-lap fall, which damaged his throttle tube. As a result, he had to nurse the bike to the finish, eventually crossing in thirteenth. In the Pro 2 class, Clay Hengeveld came from around fifteenth on the first lap to the lead. From there, he pulled out nearly two minutes over the final two laps, taking a comfortable victory. Team manager Robby Bell got out front early in the Vet AA/Expert race and never looked back, taking first place. 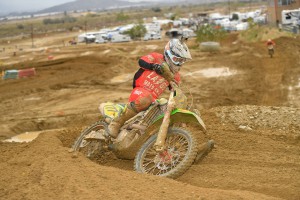 It was a season-best seventh for Blayne at Glen Helen. Thompson got off to a good start, just outside of the top-five. From there, he was shuffled back slightly in the intensity of the first few corners. Once things began to sort out, Thompson moved his way back up to seventh place. Unfortunately for Blayne, he just lost the tow of the top-six riders. Still, Blayne is making strides in the right direction as he continues to build his form after injury. 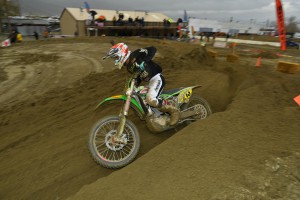 Justin was unlucky to come away with a thirteenth-place finish. After a mid-pack start, Seeds worked his way from around fourteenth up inside the top ten. With the laps winding down, he was making ground up to sixth place ahead of him. As the white flag flew, Seeds was running eighth with an eye on gaining a couple spots. Unfortunately, he high-sided on the final pavement section of the racecourse. The crash not only whipped Justin to the ground, it also damaged his throttle tube. The result was a badly-sticking throttle, which forced Justin to safely limp it to the checkered flag.

"I felt like I had a good jump off the start," commented Justin post-race. "Unfortunately, I think I hit a soggy spot. So, that kind of bogged me down and it was history from there. With the mud, and the [number] of guys we had [going fast], it made it hard to work through the pack. I was able to work my way up to eighth. At the end of the race, I could see my teammate right ahead of me. I put the hammer down to try to get better points toward the series. Unfortunately, I hit a slick spot on the asphalt. The bike started to lose it. I should have low-sided, but I was so eager to push that I stayed in it. Then, it hooked and threw me the other way. I high-sided and broke my throttle [tube], which made it hard to limp in to the finish. But, hey, we live, we learn, and we come back stronger." 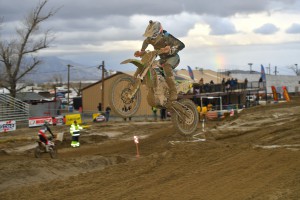 Clay got back to winning ways at the 2018 Glen Helen BIG 6 GP. However, his race didn't get off to the most auspicious of starts. Just past the starting gate, Hengeveld hit a softer patch of mud, losing drive. As a result, he found himself buried around fifteenth through the first few corners. From there, Clay charged through the pack, picking off rider after rider. As time wound down, he had made it to second place behind Tallon Lafountaine. With just under two laps to go, Clay completed the pass for the lead. He subsequently pulled out nearly two minutes, earning his second win of the season.

"Coming into the weekend, I was really looking forward to it," remarked Clay after the race. He continued, "I got a good jump off the gate, but I got pulled a little bit. So, I [had to] make my way up from the back of the pack. I spent the last three laps battling with Tallon for the lead. Eventually, I passed him up on the ridges...and I held 'er wide open until the finish. It feels great [to get the win]. It makes me want to keep working harder and keep training my butt off. I want to get this Pro 2 championship and keep winning races." 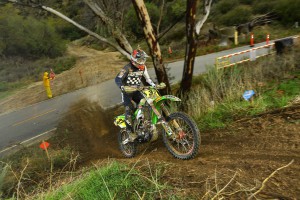 Robby had a fun day in the Vet AA class, taking the win. Although, he did have a nervy moment in the muddy first turn. Dirt Bike Magazine's Mark Tilley got caught a little off balance, pushing wide into Robby's line. The two briefly touched but were able to stay on-course. After the coming together with Tilley, Bell made his way into the lead on the first lap. From there, he had a smooth ride, leading all the way to the checkers. The win kept Robby's perfect run going in the Vet AA class this season.

An ecstatic Bell had this to say: "If you ever forget why you love racing dirt bikes, days like today remind you why! We had a window open up [of clear weather] so the track was so good. There was traction everywhere. I haven't seen the ridges that good, possibly ever. I did have that moment off the start with Mark. He just came a little wider than he wanted and we touched. Luckily, we both stayed up. Man, the racing in the Vet class is just as gnarly as the Pro class! After that, I just had a blast out there. Conditions like we had today are far too rare!"