When 6D Helmets emerged onto the scene with its ATR-1 helmet featuring advanced impact protection technology, the company caught the attention of not only riders but other helmet manufacturers. It's not too often that new company can make such an impact on a well-established market, but fighting impact is exactly what 6D's intention was when it set out to offer better head protection.

With its Omni-Directional Suspension (OD) technology the ATR-1 helped show that there are better ways to reduce head trauma than just adding more foam or making a stiffer shell. Housed between two EPS liners, the elastic isolation dampers allowed for three dimensional displacement between inner liner upon impact thus allowing the outer shell and liner to take the brunt of the impact and reducing the overall impact energy to the riders head. And while it came with a hefty price tag, through research and testing 6D was able to prove that its technology helped decrease the severity of impact and rotational forces on the brain. In fact the company's impact technology was so influential that last year 6D Helmets along with Dynamic Research were awarded the $500,000 grand prize in the NFL's Head Health Initiative III, beating out 125 other competitors.

We were out at Brian Deegan's compound for the official launch of 6D's newest helmet and here are the seven big things you need to know about the ATR-2:

The outer shell is comprised of a tri-composite material that provides impact protection without being so stiff that it becomes brittle. Over the eyeport a new Brow Rib has been created that helps add additional element of structural support to a critical area of the head that often receives the most impacts either via the ground or handlebars.

The ATR-1 was comprised of two EPS liners with the ODS system housed between the two. The outer liner of the ATR-2 is now comprised of a EPP which, while similar to EPS, can withstand impacts better is less brittle, and doesn't dent as easily as EPS. 6D found that by utilizing an EPP outer liner the material could take multiple and harder impacts without degradation than the EPS liner and still be viable in the overall protection of the head. In addition to using EPP, 6D created the outer liner with "damping towers" that face downwards into the helmet and against the ODS system. The damping towers aid in impact absorption by progressive loading on the ODS system and assists in increasing Time-to-Peak of the impact while also helping reduce the amount of force at peak impact.

The Helmet Is Rebuildable:

If the user takes a low speed/mild crash and is concerned about the safety of the helmet, upon inspection by 6D staff, if the outer shell is still in good condition and its structural integrity hasn't been compromised, but the inner EPS liner shows signs of damage, degradation, or irregularity of shape, the inner liner can be replaced. As part of the new advanced ODS system, the inner EPS liner is housed within a PVC shell that adds integrity, support, and allows the inner shell to slide against other components within the ODS system. The elastomeric isolation dampers are integrated into the ODS carrier/halo which is sits within the PVC shell. The shell and halo are held in place by four pins and the chin bar EPP pads making for quicker and easier removal of the EPS liner by trained 6D staff. Technically, the ATR-1 could be rebuilt and 6D would do it if possible but it was a much longer and more tedious process than the new ATR-2. So what does this mean for the user? It brings the possibility of getting more use/longer life out of the helmet, but more importantly it saves the user money by enabling them to only replace the inner liner instead of the entire helmet.

The key concept of the ODS system is the design and functionality of the elastomeric isolation dampers which compress, twist, and turn between inner and outer liner. Part of the design that is utilized in the advanced ODS system found in the ATR-2 is low friction discs that sit between the damping towers and the PVS shell. These discs aid in the ability for the outer liner to easily move and "slide" against the PVC shell with minimal friction. As part of the advanced ODS system, the discs work in conjunction with the elastomeric isolation dampers to reduce and shear the force on the inner liner, thereby reducing the overall impact on the head and brain.

While a crash to the front of a helmet can cause trauma to the face, there is significant cause for concern for the reactive impact as the head and helmet are forced back and away from the point of impact towards the back of the neck and spinal column. To address this highly critical area 6D has incorporated a cervical protection zone into the rear of bottom of the lower base of the helmet. This protection zone is designed to absorb impacts so as not to be so forceful on the spine. There is also a TPU rubber section that is softer and more compliant, again to reduce the possibility of trauma to the spinal column and back of the neck.

According to 6D, test results show the new ATR-2 beating helmets equipped with MIPS and other technologies in multiple impact scenarios such as low threshold energy (the most common type of crash) and angular acceleration (primary cause of concussion). In Time to Peak testing (the amount of time it takes for an impact to reach maximum force), the ATR-2 had the longest duration with a time of 7.5 milliseconds; the longer time to peak means less energy will be imparted upon impact. Not only has the ATR-2 beat competitors but as you would expect, it's an improvement on the ATR-1 with testing showing the ATR-2 beating out its predecessor with improved energy management at low, mid, and high velocity impacts for both linear and angular accelerations.

The ART-1 Will Still be Around

The original ATR-1 and its ODS system isn't going anywhere, 6D Helmets will still produce and offer new color ways of the ATR-1. However, much to the delight of those that always wanted the benefits and protection of a 6D Helmet, the ATR-1 will be dropping between $525 to $595 for the non-carbon. The new ATR-2 will be priced at what the ATR-1 was, at $695 for the non-carbon. So you could save $100 or more and still get awesome head protection with the ATR-1 or spend a little more and go with the latest and greatest with the ATR-2. 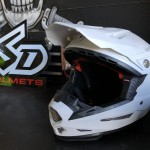 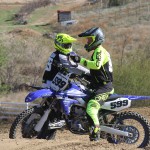 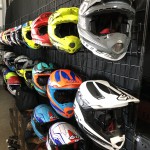 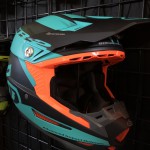 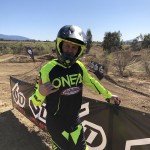 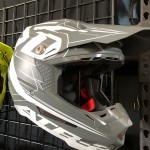 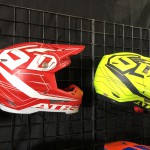 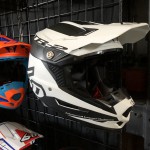 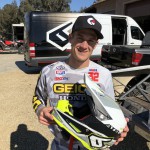 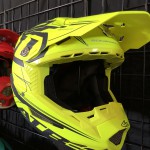 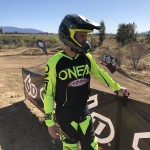