One of the best things about southern California, besides our weather, is that we are surrounded with incredible offroad recreation areas. From high altitude mountain ranges lined with winding single track and fire roads to wide open deserts you can find any type of terrain to suit your riding desires in southern California. To ring in the new year our vehicle sales manager, Andy Anaya, took a trip near the OHV trails Southern California called California City with family and friends for a weekend of camping and to do some two and four wheel exploring.

California City is about 100 miles north of Chaparral Motorsports and sits inside a triangle made up of SR 14 to the west, US 395 to the east, and SR 58 to the south. Many dirt bike enthusiasts may know California City from its dirt bike track Cal City MX, however it's an offroad lover's dream because the area covers hundreds and hundreds of miles across the Mojave Desert in Kern and San Bernardino Counties with awesome trails and camping. California City is one of the most populated cities in the area and sits in the south west corner of the triangle. It is situated close enough to other well-known OHV areas such as Jawbone, Red Rock Canyon State Park, Dove Springs, and Randsburg that you have plenty of options for off roading in California.

The area is ideal for everything from UTVs to dirt bikes and suitable for riders of all skill levels. Andy and his family took a collection of Honda 50s, ATC 70s, a Yamaha YZ 450F, a Can-Am Maverick Max 1000, and a couple of Polaris RZRs. Much of the terrain is desert trails cut through scrub brush but there are plenty of buttes and even rocky mountains to climb. One thing to take note of is that the area was used for mining back in the day so there are several open mines and old cement washes/structures scattered throughout. The open pit mines are protected with fencing to help keep offroaders from falling in but you definitely want to be weary of your surroundings when cruising around at night.

Some of the destinations you'll want to make a point of visiting are Burro Schmidt's Tunnel, downtown Randsburg, Cuddeback Dry Lake, Husky Memorial, Freemont Peak, Johannesburg, and the Trona Pinnacles, Burro Schmidt's Tunnel is a neat place to visit but can be scary I you're afraid of confined spaces or dark places. It's basically a Â½-mile long, tunnel in the side of a mountain that was dug out by miner William "Burro" Schmidt with shovels and some dynamite. Supposedly he started digging the tunnel in 1902 as a short cut to haul his ore findings to a smelter on the other side of the mountain. Cut through solid granite, Schmidt spent 33 years working on the tunnel and moved an estimated 5,800 tons of rock to complete the project.

Fremont Peak is a great place to do some hill climbing and get a good view of the area. If you venture east onto Fremont Peak Rd off of 395 you take the road until it hits the base of Fremont Peak mountain. There are trail that you can then take to explore the mountain. At the top there is a memorial and lookout point which offers fantastic views of the valley. If you continue on down the other side you can ride out to the famed Husky Memorial/Monument. The trails on the mountain are all single track so they are only suitable for motorcycles. If you have UTVs they'll have to take the road to skirt around the range.

If you're in the area, one ride you absolutely should do is out to the Husky Monument. Not officially recognized by the BLM, the Husky Monument is a memorial site that was established back in 1987 for dirt bike enthusiast Jim Erickson, by his friends in the Desert Zebras Motorcycle Club. After Mr. Erickson's passing his friends took his 390 Husqvarna dirt bike submerged the wheels in blocks of wet cement and then buried the blocks in the dirt. Over the years more and more people have setup their own memorials for family and friends creating a large circular area spanning some 60 feet wide with plaques, dedications, and personal artifacts. Last year Andy and his family set up a memorial for his dad at the site with a large aluminum laser cut number plate, a plaque with his dad's photo, and his dad's toolbox cemented into the ground. The memorial now gives Andy and his family even more incentive and heartfelt purpose to travel out to the area.

Located just to the east of Randsburg is Johannesburg, another old mining town and ghost own. Besides being home to many miners in the 1800s, the town became well established due to the Randsburg Railway. Johannesburg was the end of the line for the railway so it became a major transportation center. The town got its name from workers who had mined in Johannesburg South Africa; these days many people shorten the name down to just Jo-burg.

Another cool spot to check out if you like weird geological formations or just want to see some cool stuff is the Trona Pinnacles. The Trona Pinnacles are about 40 miles north east of Cal City and the closest town to them is Ridgecrest off of SR 178. A very unique and astonishing site, the pinnacles are natural formations of porous rock that formed as deposits when springs interacted with other bodies of water and form what's know as tufa spires. The jagged spires were created some 10,000 to 100,000 years ago under water and now jut up from the Searles dry lake bed to create a drastic contrast to the otherwise flat and subtle surroundings. They vary in size ranging anywhere from short and squat to 140 foot tall behemoths. If they pinnacles look familiar, that's because they've been featured in numerous photos, commercials, TV shows, and movies.

There are many more sites and areas to visit and ride when you head out to this offroad paradise (we didn't even talk about Jawbone, Dove Springs, or Red Rock Canyon State Park), it would take a year full of weekend trips to ride them all. This article covers just a sliver of the OHV areas there are in Southern California. 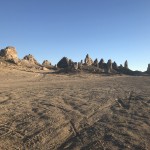 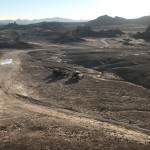 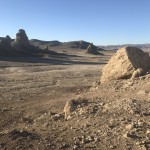 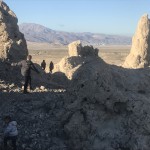 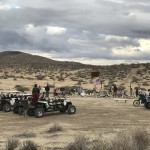 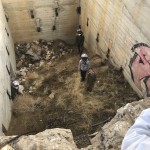 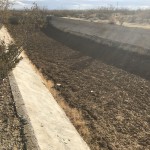 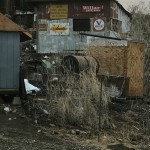 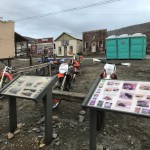 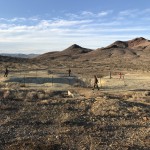 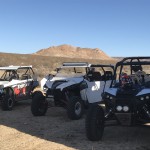 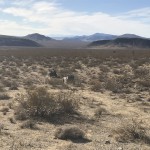 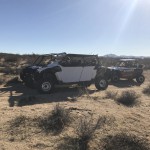