If you caught the last issue of TWM Magazine then you'll remember our cover bike and main feature was Chad Reed's Monster Energy, Chaparral Motorsports, Fly360, Valli Construction, Factory Yamaha YZ450 Supercross bike. It was a great honor to be able to showcase that bike and it was an even bigger honor for Chaparral Motorsports to be a part of Chad's return to the Yamaha Factory team.

To commemorate that special season Chaparral decided to build a tribute to Chad's 450 race bike and what you see on these pages is the result. Granted this YZ isn't an exact carbon copy as there are some factory parts that Yamaha keeps close to the chest and other parts, like the titanium hardware, that would've put the price of this bike way out of budget for the average fan/consumer-so the ChapMoto mod department took some liberties to swap in a few other parts here and there.

The build started with a 2016 YZ450F and immediately the wheels were removed and replaced with a pair of Dirt Star rims with billet Talon Hubs from Dubya USA. Both wheels were wrapped in Dunlop Geomax MX32 tires and place of the stock rotors a set of Braking Batfly rotors were bolted in place. Up front an oversized 270mm rotor was used to improve overall braking performance and help improve heat dissipation. To go along with braking duties Galfer brake lines were installed as well. Up at the top of the bike the stock bars were removed and Renthal's Twinwall Windham bend bars complete with Renthal's Firm Half Waffle grips were bolted up. Rather than running the stock levers, Works Connection Arc Levers were used. The levers offer a bit more protection from breakage with their ability to pivot and rotate in the event of a crash and their adjustable reach makes it easy to dial them in for different hand sizes.

The Chap Moto team relied on the years of experience and knowledge from Doug Dubach (Dr. D) of Dubach Racing to help improve performance and handling on the YZ. By simply dropping the radiators by 27mm with a Dr. D Radiator Lowering Kit it brought the weight of the bike lower to the ground for better center of gravity and will help give the rider a lighter feel up top when entering and exiting corners. To coincide with the lowering kit the engine was rotated forward 1.5mm in the frame with a Dr. D Engine Relocation kit. The kit consists of a pair of CNC-machined, offset collars that replace the stock collars in the rear of then engine case. With their offset design the collars rotate the engine forward to put more weight at the front of the bike to help keep the front wheel feeling firm and planted in turns.

To give the bike a more factory race look and shelter critical engine components, a few GYTR parts were utilized in the form of an ignition cover, clutch cover and timing plug. The billet covers add a bit more durability and protection from potential cracks, punctures, or leaks in the event of a crash. Additional performance upgrades included a Pro Circuit TI-6 Titanium exhaust with carbon fiber end cap. Much lighter than stock, the full system features a titanium head pipe, mid pipe and canister and helps improves power. In order to get the most out of the engine and the Pro Circuit exhaust a new GET RX1 ECU was installed. The GET ECU comes with a map pre-installed but offers the ability to tune and create new maps for optimal performance for track conditions and riding styles. Both the front and rear sprockets were replaced with Vortex Sprockets, a 14-tooth front and 53-tooth rear and then a 120 link, DID 520MX chain was used to tie the two together. By changing the drive ratio from a 13 front/48 rear it would change up the power delivery providing more bottom end.

One of the fastest ways to get ahead of the pack is to start out lighter than the competition. The YZ had already shed a couple pounds with the addition of the titanium exhaust but to cut even more weight a set of Raptor titanium footpegs from Pro Circuit were utilized. Besides being much lighter than stock, the titanium pegs are much stronger and significantly improve traction with their extremely sharp teeth and wider platforms. Caked on mud and debris can weigh a bike down, so to keep the underside clean a Lightspeed Glide plate was installed. Crafted from carbon fiber, not only is the skid plate ultra-light but it provides protection to the water pump and ignition side case.

The last pieces added to this YZ puzzle were a set of white Acerbis Lower Fork Covers, blue radiator shrouds, Factory Effex KYB Upper Fork Shields, a Cycra Stadium Number Plate, and a Factory Effex FP1 Seat Cover. What really helped tie in the tribute aspect of this build however was the Factory Effex Yamaha/Chaparral Chad Reed Team replica graphics kit. It didn't take long for this tribute bike to find a new home. In fact Chaparral posted a picture on its Instagram page half way through the build and a fan immediately drove down to the dealership and placed a deposit on the bike. So if you see a YZ 450F dressed like Chad Reed's race bike you may want to take a closer look, it could be the clone, or it just might be Speedy Reedy himself. 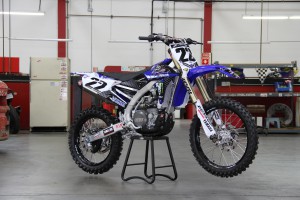 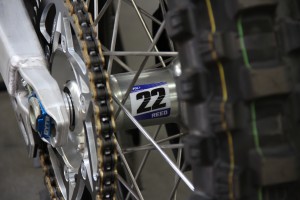 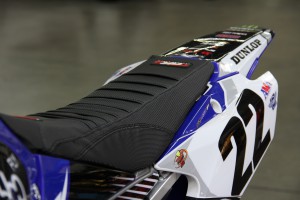 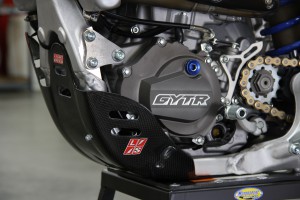 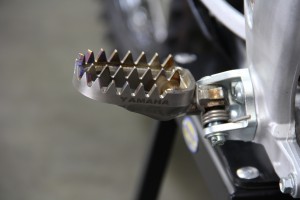 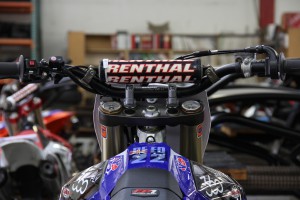 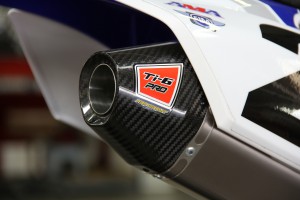 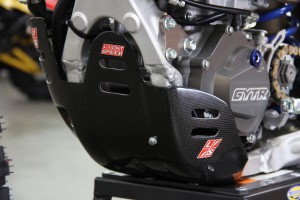