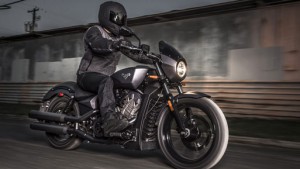 has unveiled the 2017 Victory Octane, the first new bike from the company since 2015's Project 156 Pikes Peak.

To back up its American muscle phrase, Victory said the Octane bike is the most powerful production it's ever created. No doubt some of this belief is based on the bike's engine, a 1200cc V-twin that utilizes four valve heads, dual overhead cams and liquid cooling.

Tthe engine can produce a 104 horsepower. If that's not fast enough for you, the Octane goes zero to 60 mph in under four seconds. All together, this bike can run the quarter mile in 12 seconds. 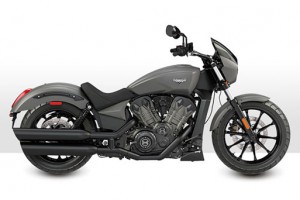 One of the first aspects onlookers will notice about the Victory Octane bike is its sleek style. The bike has been described by Victory as the most aggressive ever built. Octane is designed with sharper creases, harder lines and other features that give off a leaner look. Victory claims these features are unknown to American bikes that have come out in the past.

To help transmit the horsepower directly to the pavement, the Octane bike is built with a light and rigid cast aluminum frame. The bike incorporates sharp steering geometry and 32 degrees of lean angle deliver agility. Cycle News called this an impressive feature because most cruisers on the market will not go past 28 degrees, other than a few exceptions.

Additionally, the bike has a matte finish known as Super Steel Grey. Riders and cars passing by will therefore notice the absence of a bright shine. 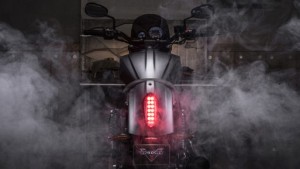 Mike Song is currently a senior member on Polaris' 30-member industrial design team. He told Cycle World in an interview that even though he didn't have a lot of time on his hands, he still managed to come up with a design for the Victory Octane. Song had previously made the design for the Victory CORE showbike , and to get a new project, he had to compete for it.

However, just because Song developed the winning design didn't mean it was smooth sailing from there.

"Trying to take a concept vehicle that had zero restrictions, trying to capture that with production cost and packaging constraints that was a monumental challenge," Song told Cycle World.

Part of the challenge was to incorporate power without sacrificing fuel. The Octane team was shooting for a 3-gallon fuel tank at minimum. As a result, Song and his team designed the Octane with only minimal backbones going over the top of the engine. This decision created enough space for a larger fuel tank and airbox.

"If you look at the form language of the Octane, it's very modern," said Song. "Look at that final fuel tank: There's nothing traditional about it. We wanted to push the boundary while staying in the American cruiser market."