5 Motorcycle Rallies You Don't Want To Miss This Summer 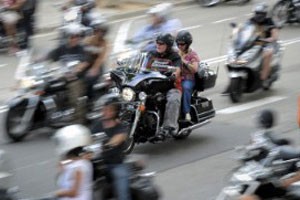 The summer months bring a lengthy list of activities and events for motorcyclists around the nation. Some events are popular enough to bring hundreds of thousands of motorcyclists, while others are hidden gems. Each event offers different exhibits, musical acts, retailers and styles of motorcycles. There's nearly an event for every type of rider out there.

If you're looking to get out on the road and attend a new festival this summer, you should certainly look at some of the top motorcycle rallies happening this summer. Of course, if you're heading out for one of these rallies, you'll want to make sure you have [mageProductLink sku="pk-15-sturgis" title=""]gear for long haul[/mageProductLink] to make it in comfort.

Here are five motorcycle rallies you don't want to miss: 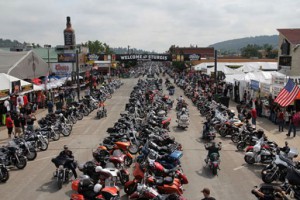 Held in Sturgis, South Dakota, the annual Sturgis Motorcycle Rally is the cream of the crop of events for bikers around the world. Within the Black Hills of South Dakota, riders can take in awe-inspiring terrain along with the best musical acts found at any rally in the U.S.

Major musical acts such as Hank Williams Jr., Alice Cooper, POD, Quiet Riot, Godsmack, Social Distortion, Styx, Hoobastank, Def Leppard and dozens of other acts are scheduled to play throughout the nearly week-long event, from August 3rd to the 9th. There were nearly 400,000 visitors in 2014, which makes this the largest rally in the entire nation.

According to the Los Angeles Times, the town of less than 7,000 draws nearly half a million visitors each year, but some event experts believe the 2015 event could bring up to 1 million riders.

"The sound is like a passing train that never stops, morning, noon and night," said John Oakes, a spokesman for Synergy Global Entertainment, according to the source. "That rumble never goes away. It's a celebration of life, American freedom and being out on the open road."

From July 23 to July 26, the Wetzelland Motorcycle Rally in Van Wert, Ohio, becomes one the state's largest attractions of the summer. Each year there are bike shows, poker tournaments, live bands, rodeo games and tattoos contests.

Additionally, the festival holds its annual swap meet and party, which brings people from all over the U.S. and Canada. The 29th annual event now has lower admission prices and runs longer per attendees' requests.

For riders looking to attend a free festival, the Milwaukee Rally will be held from Sept. 3 to Sept. 7 with events sponsored by Harley-Davidson. Some of the events include the Ives Brothers Wall of Death and dozens of musical acts throughout the day. The custom bike show is one that many don't want to miss this summer. Additionally, visitors will get to see the Harley-Davidson Museum.

In Tulsa, Oklahoma, the Oklahoma State HOG Rally takes hundreds of riders through the Cavanal Hills and the west foothills in the state. The rally includes a pre-ride dinner, concert and bike rodeo skills contest. Numerous guided rides are held through the weekend and end with a closing ceremony parade and concert.

One of the largest vintage motorcycle and scooter rallies in the nation is the Bull City Rumble held Sept. 4 and Sept. 5 in Durham, North Carolina. The Labor Day Weekend festivities includes its traditional Mods vs. Rockers event, which brings together the two clashing youth cultures with vintage motorcycles and scooters.

Some of the best custom-built and vintage cafÃ© racers will be on display throughout the event. Additionally, the vintage motorcycle event is the largest motorcycle rally in North Carolina. Rockabilly music acts, burlesque shows and plenty of late night parties drive this to be one the most popular motorcycle events of the summer with a slew of Japanese, German, British and American vintage rides.