2015 Yamaha Raptor 700R: Improving Power In All The Right Places 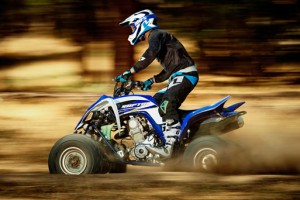 One of the best sport ATV options on the market is the newly released 2015 Yamaha Raptor 700R. In the past, the Raptor 700R line has been a top ATV in the market, and now manufacturers at Yamaha have only improved on previous models.

The Yamaha Raptor 700R has consistently been one of the highest selling ATVs around the world, but Yamaha didn't just sit back and enjoy the success. Instead, the company immediately looked for ways to improve the ride and to raise the bar even more for sport ATVs. 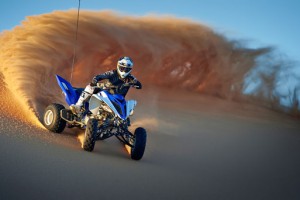 With its newest version, Yamaha was able to increase the overall power of the engine by 10 percent. This is due to the ATV's newly designed camshaft and cylinder head. Pairing these new modifications with a different muffler that uses a single port exhaust, the ride is able to generate more power.

The camshaft, cylinder head and muffler are not the only new specs on the 2015 Raptor 700R. The cylinders and rods are also redesigned for a more powerful compression ratio of 10.0.1, which gives the ride slightly improved responsiveness in the engine.

The ATV was able to increase its power with new cam profiles, an upgraded fuel injection setting and counterbalancers, which give the ride the same powerful aesthetic that was in its other models. However, you're getting just a bit more with these upgrades.

Any owner of an older Raptor model will tell you that Yamaha's focus has always been on creating the best ATV with the most power, handling suspension and the lightest ride as well. By increasing the power, a lot of skeptics will say it deteriorates the overall handling of this lightweight vehicle. On the other hand, Yamaha focused on its handling by changing out the front tires with larger 22-inch wheels as well. 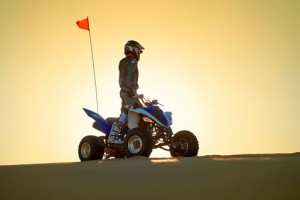 The Raptor's tires have a bit different construction than previous models with stiffer sidewalls and flatter profiles in the design. The high-performance tires allow riders to cut with additional traction and extremely versatile handling across a plethora of terrain and conditions.

This creates a more comfortable total handling for riders, and the tires also allow the ATV to increase its power with better control. This design led to the newly crafted suspension to match the remodeled tires and power.

You're also going to get the best racing feel with aggressive footpegs, but with enough grip to make sure you stay in control of the ATV. Yamaha added more fuel space in its tank to 2.9 gallons, which means more time can be spent on trails between your fill-ups.

The 2015 Raptor 700R weighs approximately 422 pounds, which includes fuels and liquids. The liquid cooling system in the five-speed transmission will allow you take on trails all day long no matter the temperature outside.

The Raptor is packed with 686cc's and will surely be one of the fastest ATVs you'll ride. The market price is going for $8,799.