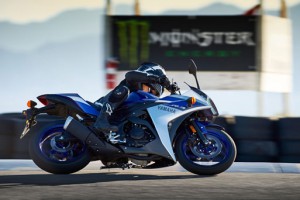 For sportsbike riders, your choice in tires can depend on several different things.With the plethora of tires to choose from, it might not be easy to find your next brand without hours of research. However, in the third part of our series, Know Your Motorcycle Tires, we'll take a look at some models you should be aware of: 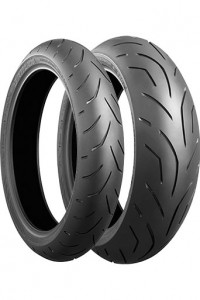 For a tire that can last through the daily commute in a city, but still take on long rides through the weekend, the [mageProductLink sku="330-0385" title="Bridgestone S20 Ultra High Performance Radial Rear Tire"]Bridgestone Battlax S20[/mageProductLink] could be the perfect tire While the Battlax S20 could definitely be used on the track, its design leans a little more toward touring. Bridgestone took a new approach with the Battlax S20 by introducing a new dual compound formula to increase use of the contact patch against pavement. It's durable material will get plenty of miles and the tire uses tougher rubber in the middle and softer material on its sides for faster warm-up on the track and more operational range, which comes in handy on cold days. 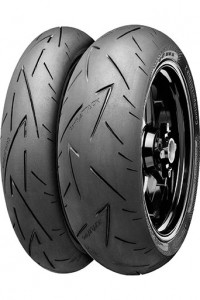 Even though Continental already produced a well-loved sportsbike tire with the Sport Attack, the newly remodeled [mageProductLink sku="329-0385" title="Continental Conti Sport Attack 2 Rear Tire"]Sport Attack 2[/mageProductLink] gives riders a tire that will wear down more evenly. Also, the Sport Attack 2 has multiple levels of stiffness, which means the middle rubber section is much harder, giving the bike straight-line stability and increasing the overall mileage on the tire. Its compound technology allows riders to increase acceleration and improve braking performance. The Sport Attack 2 was manufactured to meet every possible need for a sportsbike rider, but the tire also doesn't have a benefit that outweighs another. Those looking for a quality and all-around impressive tire, the Sport Attack 2 could be your most practical solution. 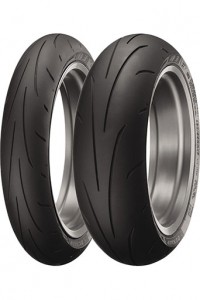 In 2009, Dunlop released its Sportsmax Q2, which was quickly deemed the "working man's sportsbike tire," Cycle World reported. The Q2 provided riders with increased durability and performance. However, the [mageProductLink sku="331-0850" title="Dunlop Sportmax Q3 Rear Tire"]Sportsmax Q3[/mageProductLink] updates the great tire by using carbon fiber technology, which is not in a cloth form, but instead mixed throughout the tire's rubber compound. The stiff feel of the Q3 is certainly noticeable, but that also shows the strength of Dunlop's newest tire. Its design is perfect for those who are looking for a tire that can handle cornering with ease.

The tire is made to take deep lean angles, which could make the rider feel less restricted when cornering at higher speeds. The Q3 improved its contact patch from the Q2 as well, which means the tire remains consistent through different conditions. The tire's taller profile will surely help those who are looking for aggressive cornering find a true match. Additionally, the front tire is priced under $180 and the rear under $220 to give riders a top-of-the-line tire for a reasonable price. 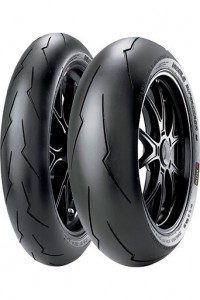 The structure of the [mageProductLink sku="329-8711053" title="Pirelli Diablo Supercorsa SP V2 Hypersport Rear Tire"]Pirelli Diablo Supercorsa SP V2[/mageProductLink] simply allows for a higher contact area, grip and wear regularity in the tire. The ultra-high-performance sportsbike tire is street legal, but is great for the track since it can balance high mileage and is complete with enhanced patch technology for better gripping and handling. The Supercorsa SP V2 is W-rated for speeds of 168 mph or higher. The high-speed straight-line stability makes this tire perfect for those wanting to get the most control while riding at higher speeds on the track or street. Compared to the Supercorsa SP V2's previous models, the new version provides increased performance and will wear more regularly even at higher speeds.