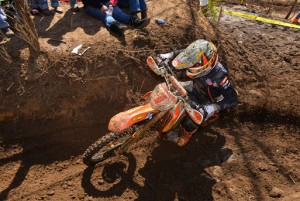 Russell got off the line to a great start rounding the first corner in 3rd position. By the end of the first lap he had moved into the lead position and had put 7 seconds on the field. He continued to charge forward on the 11 mile long track and increased his lead to 38 seconds on lap two.

Riding a flawless race, Russell went on to claim his third win of the season by over two minutes on the next closest competitor. "The course conditions were near perfect today," stated Russell. "It was a lot of fun to ride this track and I am happy to keep my win streak alive." 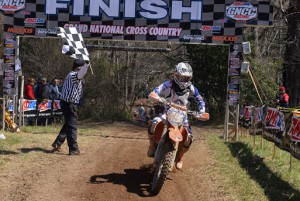 FMF KTM Factory National Enduro rider, Russell Bobbitt, made his second guest appearance this year. He had a top ten start and rode his KTM to an 8th place result for the weekend.

Their teammate, Kacy Martinez, also remains undefeated in the women's class, taking her third win of the series. Now three rounds into the series, she leads the championship by 8 points. 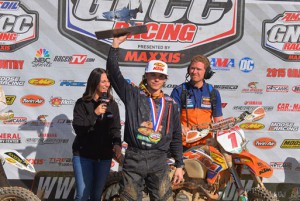