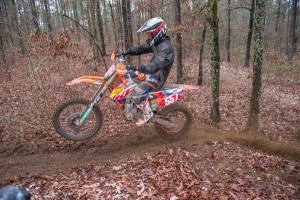 FMF KTM Factory rider Kailub Russell took over the points lead after a 2nd place finish at the Sandlapper National Enduro, the second round of the Kenda AMA National Enduro Series. His teammate, Russell Bobbitt, missed the podium by one spot finishing 4th at the round.

Both dirt bike riders had a great start to the day finishing 2nd and 3rd fastest in the first test. Russell remained consistent throughout the remaining tests often in the top three just seconds off of the lead rider's time.

Meanwhile, Bobbitt suffered a mechanical issue on the second test that cost him roughly 1 minute and 30 seconds. His team repaired the issue during the transfer and he got back up to speed on test three turning the 2nd fastest time. He continued to show great speed throughout the remainder of the tests but came up shy of getting back in podium position. 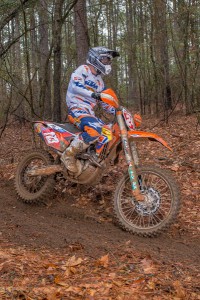 "I felt really good today," stated Bobbitt. "We just had a mechanical issue on test two that cost me some time and I wasn't able to fully rebound from that. I'm glad to remain consistent and still be able to salvage a top five result."

Russell went on to finish 2nd overall for the day which propelled him to 1st overall in the championship point standings. He now leads the National Enduro series by 7 points heading to the third round. This marks the first time that Russell has led the points in this series.

"I'm always bummed when I can't win a race," stated Russell. "But I am excited that I didn't have any issues today and I felt pretty good. The track was slick and there are definitely a lot of things that could have happened but I managed to stay up and finish on the podium." 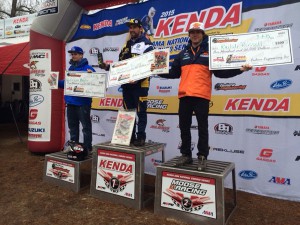