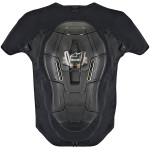 With the 2014 EICMA event in Milan showcasing the latest new motorcycles that will hit the market in 2015, Alpinestars announced its innovative Tech-Air Street personal airbag system that could save rider's lives, FOX News reported.

The latest innovation is a condensed, personal airbag that is made for riders both on the road and off. The self-contained vest could be an essential piece of motorcycle equipment since it's what most MotoGP cyclists currently wear while in racing competitions, Jalopnik reported. The system inflates on impact and protects the rider's back, chest, kidneys and shoulders while inflating "bladders" that are filled on impact through compressed argon air. 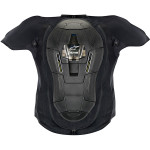 The Tech-Air vest can be worn with compatible motorcycle jackets and can protect most of the rider's upper torso when the airbag is inflated, Cycle World stated. Additionally, the bag is reusable once it is reset by Alpinestars and runs off a battery that only requires to be charged before riding. The only setup needed is when the airbag deploys.

Colin Ballantyne, lead engineer for Tech-Air, explained the project for the new jacket system has been a work in progress for several years, Cycle World reported.

"The project started in 2001," said Ballantyne, according to the source. "We had a working system in 2003 and in 2004 started data-logging in racing. The racing system was introduced in 2009 and has since been used by all of our MotoGP riders, including four world champions." 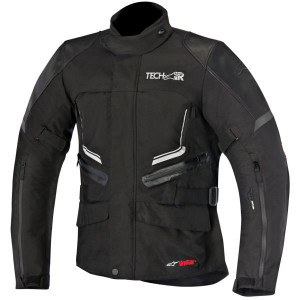 The engineer explained that while MotoGP racers have been using the technology for a few years, the jacket was only made to protect against a single vehicle. According to Cycle World, in the real world, crashes on the road are usually against an object and several accidents occur at less than 40 mph.

Ballantyne said with the impact of the object and the rider, there's usually around only 100 milliseconds before impact, the source stated. However, Alpinestars have reached a reaction time of 70 milliseconds.

"We vastly increased the coverage of the system, taking in the shoulders, chest, full back and also the sides," said Ballantyne, according to the source.

In addition to the vest, Alpinestars plans to release jackets with the airbag system built into them. The Valparaiso and Viper motorcycle jackets are two that are to receive the upgrades. 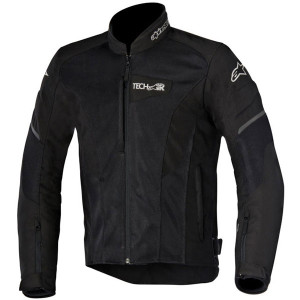 The company also uses a new "one-piece woven" material that makes the airbag thinner and more effective when deployed. Ballantyne explained the shoulder protection was one of the biggest concerns when creating the piece of equipment.

"In the majority of the crashes that we conducted, the shoulder was always the first point of contact for the torso," Ballantyne added. "Also, by having shoulder protection, you have a continuous, inflatable cushion all around the top of your body."

The Airbag Control Unit (ACU) has two cables that form to the jacket. According to Jalopnik, the lithium-ion battery powers the jacket for up to 25 hours and takes six hours to charge. There's also an LED panel on the arm that informs riders that the jacket is charged and functioning.

"We tried to engineer the system in the most natural way possible," said Jeremy Appleton, director of communications at Alpinestars, according to Cycle World. "Basically you put it on like any other garment. The master switch is used for storage and transport. When the zip reaches the closed position, the system will automatically start."