Steward Baylor Out For Two Weeks 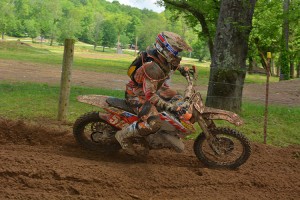 When Baylor crashed at the earlier GNCC round, it was originally thought that his symptoms were not strong enough to sit out the next round. After racing the fifth round of the GNCC Series, Baylor struggled with blurred vision and decided to sit out for the week prior to the sixth round of the dirt bike series. This past weekend at the Loretta Lynn's GNCC, Baylor once again suffered from blurred vision and dizziness and his team directed him to pull off.

"After seeing Baylor's symptoms reappear stronger this time, we feel it is best that he double the length of time he needs to recover," commented Factory FMF/KTM Team Manager Antti Kallonen. "We are recommending that he sit out the next two weeks which means he will miss the next National Enduro and GNCC race."

Once Baylor rests over the coming two weeks he will return to the doctor for further evaluation and testing. If he has improved, he will then return to racing at the fifth round of the National Enduro Series.