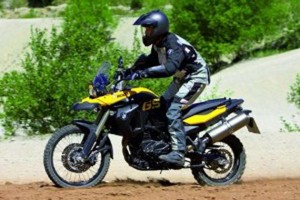 riders and other trail users stand to benefit from up to $82.4 million in federal funding to be apportioned to 49 states in 2014 through the Recreational Trails Program, the American Motorcyclist Association reports. Only Florida opted out of the program for fiscal 2014.

RTP was created by Congress in 1991 with bipartisan support. The Federal Highway Administration administers the program.

Since its inception, the RTP has leveraged more than $787 million of federal grants into more than $1.3 billion in monies to fund recreational trails. Without this vital program, many trails would not have been built and without its continuation, many will face reduced maintenance and possible closure. 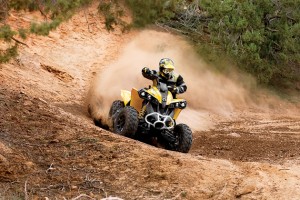 Authorized funds are allocated annually by the federal government to those states that choose not to opt-out for that fiscal year. Every year the governor of each state has the option to opt-out of the RTP and deploy the funds to other non-recreational projects.

Over the last year, the AMA and the OHV community have successfully fought against the elimination of the RTP by Congress, stressing the economic and social benefits of responsible recreation. The current federal highway authorization -- known as MAP-21 -- provides $85 million dollars annually for distribution to the states. However, OHV users contribute significantly more to the federal highway trust fund.

"With next year's RTP authorization now set, it's time for off-highway vehicle recreationists across the nation to contact their grant administering agencies and work to secure grants to fund trails projects." said Sean Hutson, AMA legislative assistant. "After all, it's the fuel taxes paid by the OHV community in particular that fund the entirety of this important program."

This marks the second consecutive year that Florida has opted-out of the annual RTP allocation, giving up $5.2 million in funding already paid for by that state's off-highway vehicle recreation community. As a result, Florida has fewer funds to create and maintain safe recreational trails for responsible users.