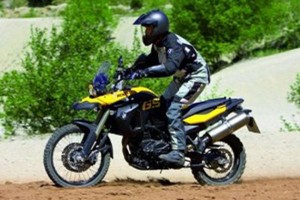 The FIM International Six Days Enduro will bring the action to a new host country when it gears up in 2014. For the first time in more than 100 years, the motorsports event is heading to Argentina, where the race will be based in San Juan when it kicks off Nov. 3 of next year, Ultimate Motorcycling reports.

As the world's oldest off-road motorcycling event, the enduro race, which began in 1913, attracts teams of riders from all across the globe. More than 500 dirt bike specialists will descend on San Juan for the event, competing for their country as they strive to take the top spot in a variety of categories.

Participants can be expected to cover anywhere from 745 miles to nearly 1,200 miles during the six-day race. They'll have some stunning South American landscape serving as the setting, and the infrastructure needed to host an event of this magnitude should be present as well - Argentina previously hosted rounds of the Enduro World Championships in 2012 and 2013.

This year's event is slated to take place in Olbia, Italy, on the island of Sardinia.