MotoGP And Tissot Releasing Watches Before US Race 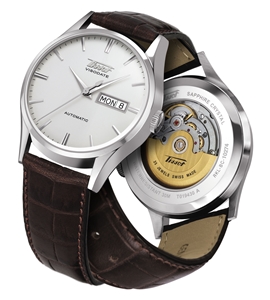 MotoGP is making an official visit to the Circuit of the Americas in Austin, Texas, for the second round of the motorsports series April 19 to 21. To commemorate this return to U.S. soil, Tissot is releasing limited edition watches honoring the series.

The Nicky Hayden edition features the Ducati rider's race number and emblem on the watch face. As the 2006 MotoGP champion, Hayden is no stranger to motorsports success, and the watch conveys the effort that he puts into every race, the news source reports. Similarly, the Thomas Luthi model boasts the personal logo and team colors from the Swiss competitor, bringing the rider's style and dedication to fans all over the world.

Tissot, as the official timekeeper and watch of MotoGP, has released a number of accessories to honor past seasons. For fans who can't get enough of motorsports, being able to wear their passion on their wrist is a bonus.