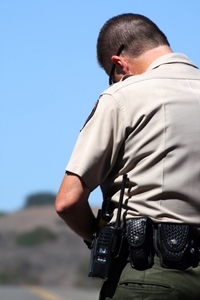 The Baltimore Ravens have fond memories of New Orleans after winning the most recent Super Bowl in the southern city. To show their appreciation for the area that treated them so well while they competed for the championship, the team has decided to donate two 2013 Harley-Davidson FLHP motorcycles to the Traffic Division of the New Orleans Police Department.

The team, as well as its staff, stayed in the Big Easy for a week leading up to the Feb. 3 matchup with the San Francisco 49ers. They received police escorts, 24-hour security details and lots of support from the surrounding community.

"We wanted to do something to show our appreciation for how well our team, our families and our fans were treated by everyone representing New Orleans," team owner Steve Bisciotti said. "Every place we went, the good people of New Orleans treated us with kindness and tremendous service - across the board."

Ravens wide receiver Jacoby Jones, a New Orleans native, was on hand to present the bikes to the city's mayor and police superintendent.

Harley-Davidson designed the FLHP bikes specifically for police and even offers an entire line of the machines and motorcycle gear to keep cops safe on the roads.