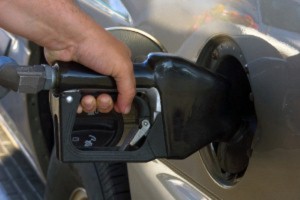 The U.S. Environmental Protection Agency (EPA) has issued new fuel guidelines in response to concern from the American Motorcyclist Association and riders around the country.

According to Ultimate Motorcycling, the EPA was previously considering rules that would have dispensed E10 and E15 fuel through the same hose at gas stations in the U.S., a move that may prove damaging to motorcycles that regularly use E10. While that grade of fuel is relatively harmless for most bikes, E15 contains higher levels of ethanol that could void warranties and cause wear and tear on certain parts.

However, on February 7 the EPA released some updated guidelines that should help to protect motorcycle owners at the pump. Gas stations that sell both E15 and E10 fuel through the same hose must also have a separate pump for fuel with smaller amounts of ethanol, which would be rated E10 and below. There would be no minimum purchase for gas at these separate pumps, which was also a point of contention in the earlier stages of planning.

Motorcycle owners can now breathe easy, as they can still use cleaner fuel without worrying about causing harm to their bikes.