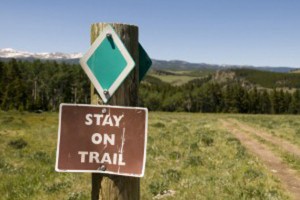 The U.S. military can't spend a dime on expanding a Marine base into the popular Johnson Valley off-highway vehicle riding area in California until the Navy files a report on off-highway riding with Congress, the American Motorcyclist Association reports.

On Jan. 2, President Obama signed into law the National Defense Authorization Act for Fiscal Year 2013 (H.R. 4310), triggering a hold on spending and a 90-day deadline for the military to report to Congress on how its proposed expansion of a Marine base at Twentynine Palms, Calif., would affect off-highway riding at Johnson Valley.

The language was inserted into the bill by Rep. Roscoe Bartlett (R-Md.) with support from Sens. Diane Feinstein (D-Calif.) and Mark Udall (D-Colo.).

"This requirement for a report to Congress is very important because it will force the Navy to explain to the people's representatives why it wants to bar riders from one of the most popular riding areas in the country," said Wayne Allard, AMA vice president for government relations who is a former congressman and U.S. senator from Colorado.

"Congress will have the final say on whether the military can proceed with its plans to expand the base into Johnson Valley," Allard said. "But we don't believe this expansion is necessary. The report will allow for some breathing room for off-highway-vehicle advocates and the military to talk to try to come up with a solution that meets the training needs of the military while maintaining access for motorized recreation.

"Also, the report should show members of Congress who may not be familiar with Johnson Valley how vitally important the area is for motorized recreation," Allard said.

In July, the Department of the Navy released a final environmental impact statement for the expansion of the Marine base. The preferred alternative would allow public use of only 40,000 acres of the 190,000-acre Johnson Valley OHV area, and for only 10 months a year. It's all part of an effort by the Marine Corps Air Ground Combat Center at Twentynine Palms to expand its land holdings to allow for more live-fire training. The Marine Corps is part of the Navy.

Several years ago, the Navy began the formal process to take over some 365,906 acres of public land near San Bernardino to use for live-fire training for the Marines. At that time, the Navy filed an application with the U.S. Interior Department seeking control of the public land, which is under the jurisdiction of the U.S. Bureau of Land Management.

The Marine Corps hopes to begin training on the land in 2014.

"The AMA, in partnership with the California Motorized Recreation Council and The Livingston Group in Washington, D.C., that was hired by the CMRC to move the legislation, worked long and hard to get this important report required before the base expansion can proceed," Allard added. "This was truly a team effort involving many southern California motorized groups and their elected representatives in Washington, D.C., as well as other representatives in Congress."