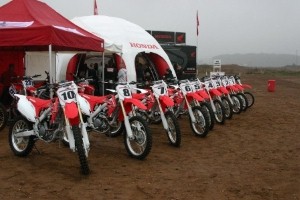 Following a year full of strong performances in the motorsports world - both on and off the track - the SPEED television station is expanding its motocross coverage to provide a more comprehensive viewing experience for fans everywhere. Feld Motor Sports, one of the governing bodies of the motocross series, recently announced that the 2013 season will feature the largest television package in the sport's history thanks to SPEED.

The motorsports station, along with CBS and FUEL TV, will be broadcasting live coverage of 11 races to more than 150 countries around the world. They will also air recaps of the season and race previews before major events, such as the season opener and finale, in addition to specials highlighting different racers.

"We are on the brink of one of the sport's most anticipated seasons ever, and it's only fitting to showcase it domestically on SPEED, CBS and FUEL TV," said Ken Hudgens, chief operating officer of Feld Motor Sports. "This ... will make the 2013 Monster Energy Supercross season the most watched season ever."

SPEED will open its coverage January 5 when the AMA Supercross season kicks off in Anaheim, California.