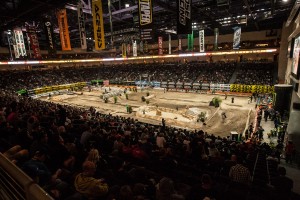 The 2013 GEICO AMA EnduroCross Series will kick off on Friday, May 3rd at the Orleans Arena during the Monster Energy Supercross finals weekend. The schedule is very similar to 2012 season with all of the same venues. The second round will again take place inside the Sleep Train Arena in Sacramento before taking a summer break and then picking back up in Ontario, California in September. The series will then kick into high gear with events in Denver, Colorado, Everett, Washington, Boise, Idaho and Las Vegas, Nevada taking place in October and November.

For the third year, Enduro X will be part of the X Games in Los Angeles taking place on Sunday, August 4th. There will be some additional news regarding Global X Games coming soon.

"2013 is on track to be another great year for EnduroCross", stated Mike Karsting, VP of Events for Source Interlink. "We have fine-tuned the venues and dates over the past few years and 2012 was great so there was not much need for changes in 2013".


For more information, go to www.EnduroCross.com.

EnduroCross tracks incorporate various elements of extreme off road racing into a Supercross-style setting, including rocks, boulders, logs, sand, mud, a water-hole...and even a few special obstacles like giant tires thrown in! Known as the "toughest racing on two wheels," this indoor off road racing will certainly keep you on your feet. For the seven EnduroCross events, be sure to log-on to www.motorsportshour.com for local air dates/times for the Lucas Motorsports Hour on the Versus network.