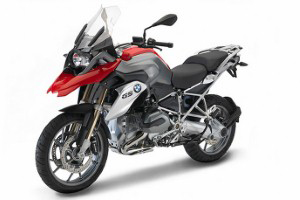 Participants are at the halfway point of the BMW Motorrad GS Trophy, and Team Germany has taken the lead. The German racers proved to be the most adept at handling the physical fitness challenges presented on the third day of motorsports testing, surging ahead of France to claim the top spot.

This point of the competition is known as the marathon stage, as racers traverse nearly 300 miles of difficult terrain in the Patagonian region of South America over the course of 13 hours. The first test of the day had competitors racing on a trail with multiple stream crossings, and the two other rounds featuring a bike pushing competition and the handling of machines over obstacles like fallen trees.

"We're really happy to have taken over the lead, actually surprised and a little daunted too - now we have to defend the position," said Tobi Weiser of Team Germany. "We definitely had a good day, though, helped by teamwork and strategy."

After losing the lead they built up in day two, the French team fell to second place, followed by Argentina and Italy. Teams from the Alps and Canada are tied for the fifth position.