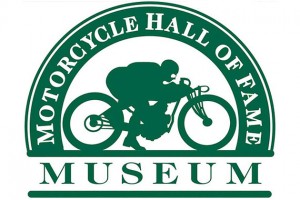 Each inductee was introduced with videos chronicling their careers before they delivered personal speeches and received official Hall of Fame rings.

"We're a community that embraces the past, honors the men and women who have brought us to the present, and races ahead to an exciting future - largely unknown to us now - and we do it all with a zest for life that is second to none," said Perry King, an actor and motorcyclist who hosted the event. "We recognize a group of men and women who have been an important part of that evolution, the Hall of Fame Class of 2012."

Other events taking place over the weekend included the Dave Mungenast Memorial Concours d'Elegance, which featured classic and restored motorcycles and motorcycle apparel, and the final round of the 2012 GEICO AMA EnduroCross series.