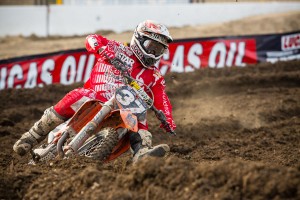 Malcolm Stewart is returning for his second season with the JDR/J-Star/KTM team - Photo: Hoppenworld.com[/caption]

The JDR/J-Star/KTM Racing Team is excited to announce its three-rider team for the 2013 Supercross and Motocross racing seasons. The riders, Malcolm Stewart, Joey Savatgy and Josh Cachia will race the 2013 AMA West Supercross Lites Series. Stewart and Savatgy will then move on to race the 2013 Lucas Oil Pro 250 Motocross Championship Series while Cachia returns to Australia to compete overseas.

Stewart is returning for his second season with the JDR/J-Star/KTM team. Stewart, the 2011 Rookie of the Year, had an up and down season in 2012. His highlights were a 5th overall at the Lake Elsinore Motocross race and a 4th overall at the Las Vegas West Supercross Main Event. Stewart is looking to redeem himself in the 2013 season where he is hoping to finish inside the top three in the West Supercross Lites Series aboard his KTM 250 SX-F.

Stewart will be joined by Savatgy, a newcomer to the team. 2013 will mark Savatgy's first full-season as a professional racer. The multi-time amateur motocross champion is excited about joining the team and lining up on the starting gate at Anaheim 1. 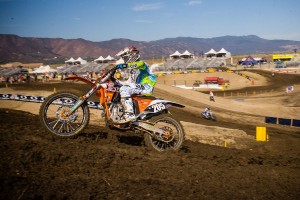 Josh Cachia has been racing for the JDR/KTM Team in Australia and is excited to test the waters in the United States - Photo: Hoppenworld.com[/caption]

The final member of the team, Cachia, has been racing for the JDR/KTM Team in Australia and is excited to test the waters in the United States. Cachia came over for the final outdoor round last season and suffered a crash that put him out of the running for a decent result. Cachia is now currently located in California and looking forward to his first full-time Supercross season. The Australian rider will race the West Coast Supercross Series and then return to Australia to compete in its Motocross Championship Series.