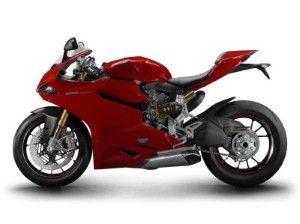 The Intermot International Motorcycle Show just wrapped up in Cologne, Germany, and several manufacturers having been making waves with new reveals. Held every two years, this event celebrates motorcycles and scooters while showing off the latest models and motorcycle gear.

Ducati kicked off the show with an unveiling of new color options and special edition bikes. According to Cycle News, the manufacturer displayed anniversary models of its Monster 696, 796 and 1100EVO along with its new 2013 Multistrada 1200 and 1199 Panigale RS13, which will race in the 2013 World Superbike Championship series. These motorcycles will be available in three new color schemes, including ones with stripes or white wheels.

Not to be outdone, BMW debuted its brand new R1200 GS. The liquid-cooled engine will help motorcycles gain more power on the road, reports Cycle World, and the GS boasts an impressive 125 horsepower.

Another Intermot reveal came in the form of the KTM 1190 Adventure. This new model contains a 148 horsepower engine while also consuming 20 percent less fuel, according to Business Standard Motoring. The bike also contains a wider windscreen, upgrading instrument panel and an electric damping system.

With so many new motorcycles set to hit the market, riders everywhere will have their choice of premium bikes and street bike gear.