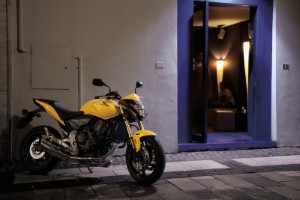 California's Pebble Beach was the host of the 62nd annual Concours d'Elegance earlier this month. The event was held on the 18th fairway of the storied golf course and raised over $1 million for charity.

More than 220 classic cars were on hand, with the title of Best of Show going to a 1928 Mercedes-Benz 680S Saoutchik Torpedo.

Cars may have made up the majority of the show, but a few special motorcycles were showcased as well. Cycle World reports the oldest vehicle there was the 1885 Daimler Reitwagon motorbike, a small German machine that was originally created to test engines. The bike's trip to Pebble Beach marks the first time that this legendary machine had ever left the Mercedes Museum.

Examples of street bike gear and 12 motorcycles dating up to 1968 were also on display, with some of the first examples of mass-produced motorcycles out for public view. Early motorcycles from manufacturers such as BMW and Mercedes showed just how far these two-wheeled vehicles have come in the time since their debut.

Several famous auto enthusiasts were also present at the event. Talk show host Jay Leno was on hand to raise money for the Boys & Girls Clubs of Monterey County, and an auction sale of one his cars brought in $385,000 for charity. Other celebrities present included Steve Carrell, George Lucas, Adrien Brody and Adam Carolla.