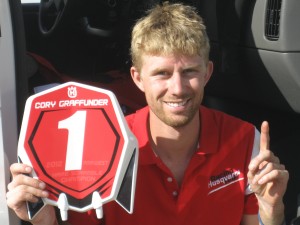 A solid finish was all it took for factory Husqvarna's Cory Graffunder to wrap up the 2012 AMA Western Hare Scrambles Championship! Despite a broken foot that still wasn't quite healed up, Graffunder toughed it out at the Big Sky XC in Montana, the final round of the series sealing the championship and earning his first AMA number one plate.

"I am still pretty banged up from my crash last month," Graffunder explained. "Between my foot, and my back, it's been nearly a month since I've been on a motorcycle. I just had to come out here and ride a solid race. It didn't matter if I won the race; I just needed to score points."

Consistently picking off riders, Graffunder piloted his FMF/Stillwell Performance Husqvarna TXC511 closer and closer to the lead pack. Despite his pain Graffunder charged until the last lap to finish 15th overall, to earn the 2012 AMA Western Hare Scrambles Championship!

"We are so proud of how Cory has ridden this year," Husqvarna Product and Racing Manager Derek Sorenson explained. "He just won an X Games medal, now this AMA Championship! Cory has proven that both the Husky TXC511 and TXC310 are podium capable race bikes. Cory is the man right now, and we're elated to have him on our team!" 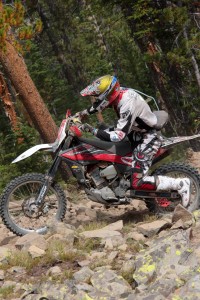 The Big Sky XC was the toughest event on the circuit, attracting the top pro racers in North America - Photo: Jesse Ziegler[/caption]

"I want to thank all my sponsors," Graffunder added. "Along with factory Husqvarna we have really great support behind us with FMF, Troy Lee Designs, Dunlop, Sidi, Stillwell Performance, Bell helmets, PG Graphics, Enduro Engineering, GPR, Guts, Silkolene, Rekluse, Dirt Tricks, AME and EKS Brand. I'm looking forward to the rest of the season with them."

Cory returns to racing on September 15 in Ontario, California for round four of the AMA EnduroCross championship series.

For more information on the entire 2012 (and 2013) Husqvarna line-up, please go to www.husqvarna-motorcyclesna.com. Head to your nearest dealership to pick up a copy of the 2012 RiDE MORE Catalog, available now!