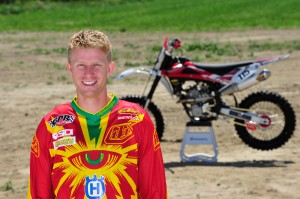 A broken foot isn't going to stop factory Husqvarna's Cory Graffunder from claiming his first championship of 2012. The X Games medalist recently suffered a season-threatening crash at Glen Helen that caused him to sit out the Cahuilla Creek round of the World Off Road Championship Series (WORCS). But the Canadian is going to tough it out this weekend in Montana to claim the AMA West Hare Scrambles number one plate at the Kenda Big Sky XC presented by Klim.

"I had a scary get-off at Glen Helen," Graffunder recalled. "I had a mid-air collision with another rider and crashed hard and basically smashed the ball of my foot. I had surgery on it a few weeks ago and just got the pins out last week."

The AMA West Hare Scrambles Championship is well within Graffunder's reach as he holds a 12-point lead heading into the final round. Clinching the title won't necessarily be a cakewalk for the factory Husqvarna racer, but a solid finish will be enough to earn the number one plate. A packed field of world-class riders gunning for the Big Sky XC $10,000.00 purse - including his factory Husqvarna teammate Kyle Redmond - won't make pulling off the win very easy.

"It's all about the championship," Graffunder said. "I'm really actually bummed that I can't go up there 100% healthy and battle for the win. It would be a big statement to win over all the top racers that are going to be there like Paul Whibley, Destry Abbott, and Bobby Prochnau. It kinda sucks, but at the same time, I have to remind myself that it's all about the championship right now." 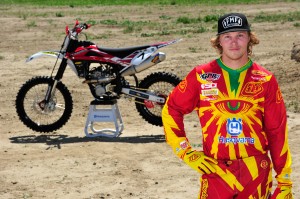 Kyle Redmond is ready to battle at the Big Sky XC, an event that's been on his "bucket list" for quite a while - Photo: Resmarket / Scott Cox[/caption]

Redmond, on the other hand, is ready to battle at the Big Sky XC, an event that's been on his "bucket list" for quite a while. "I'm happy to be heading to Montana for this event," Redmond said. "It's a race I've been wanting to do for a few years now. The $10,000.00 pro purse is drawing a lot of fast guys out, so it should be a really good race."

The Pro race of the Kenda Big Sky XC presented by Klim takes place on Sunday, August 26. Friend us on Facebook to keep up with race results from the factory Husqvarna off-road race team.

For more information on the entire 2012 Husqvarna line-up, please go to www.husqvarna-motorcyclesna.com. Head to your nearest dealership to pick up a copy of the 2012 RiDE MORE Catalog, available now!