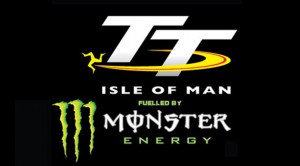 iTunes, which operates online download stores in more than 30 countries, made the official review film available to customers around the globe on Tuesday.

It is the first time the TT review has been simultaneously released on iTunes and traditional formats including Blu-ray disc and DVD.

It is estimated that iTunes currently serves 315 million mobile devices worldwide, including iPhones, iPads and iPods, with approaching 200 million people registered with its stores. Customers can download the 2012 TT review in Standard and High Definition, with prices starting from just Â£9.99 ($12.99/â‚¬9.99).

The official review, made using the high definition aerial, trackside and on-bike footage captured by North One Television, once again comes from Duke, which has been providing fans with annual TT reviews for more than 30 years.

The Isle of Man company was the first to bring the TT to VHS, DVD, Blu-ray and Download and is proud to have introduced iTunes users to the awe-inspiring event.

A two-month Apple trial started earlier this year, with the 2011 TT review, and it showed there is a strong demand among iTunes customer for action footage from the TT, with Canada one of the largest new markets for the review download.

The 4-hour review features action and atmosphere from the 2012 TT, with coverage of every race, from the Dainese Superbike to the festival-closing BikerPetition.co.uk Lightweight TT. That means fans can relive the 18th and 19th TT wins of John McGuinness, the victorious return of Sidecar legend Dave Molyneux, the incredible Monster Energy Supersport dice which was settled by just 0.77 seconds, the inaugural SuperTwin race, the history-making SES TT Zero challenge and much more.

There are also behind-the-scenes features, interviews and, for the first time, the trackside commentary of Radio TT is interwoven with the team of Steve Parrish, Jamie Whitham and Steve Plater to give a new dimension to the review.

In addition to availability on iTunes, the review is available on DVD and High Definition Blu-ray in both PAL (UK) and NTSC (North America) formats, with prices starting at Â£19.99 ($29.99). Both are available to buy now through the official online TT shop at iomtt.com.

For fans who do not use iTunes, the 2012 TT review can be downloaded direct from DukeVideo.com