U.S. Reps. Jim Sensenbrenner (R-Wis.) and Tom Petri ((R-Wis.), together with 29 additional members of Congress, have sent a letter to the leadership of the House-Senate Surface Transportation Reauthorization Conference Committee requesting the inclusion of language in the conference report that would prohibit the Secretary of Transportation from providing grants or any funds to states or local governments to be used for any program to create motorcycle-only checkpoints, the American Motorcyclist Association reports.

Responding to a nationwide appeal issued by the AMA on May 29, AMA members and concerned motorcyclists contacted their elected representatives and urged them to sign on to the Sensenbrenner-Petri letter. As a result, a bipartisan group of legislators now seeks to overturn a controversial federal program that unfairly discriminates against motorcyclists.

The letter stated: "MOCs [motorcycle-only checkpoints] are a controversial and unproven method of addressing motorcyclist safety and have not been an efficient use of limited federal dollars. The very existence of this program essentially profiles a group of citizens -- the motorcycling community -- for operating a legal mode of transportation." 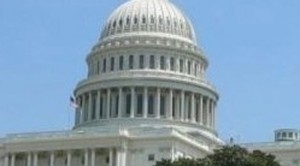 The letter, addressed to the conference committee chairs and ranking members, added: "The DOT should focus on programs to instruct motorcyclists on the importance of proper licensing, rider education, and motorcycle awareness campaigns."

The AMA thanks these members of Congress for protecting the motorcycle lifestyle, and encourages motorcyclists in these representative's districts to thank them for their support. The AMA will issue further bulletins as news about this important measure becomes available.