Jeremy "Twitch" Stenberg Is Back On The Bike Following Injury 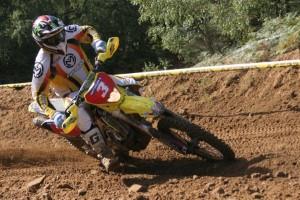 It's been a while since Jeremy "Twitch" Stenberg has been spotted in his dirt bike accessories. But it looks like the rider is back on his bike, as ESPN reports the rider was seen earlier this week in the hills of Temecula, California, motoring around like an old pro.

He has been off his bike since the X Games 17 Speed and Style finals, when he suffered a devastating injury. He took some time to recover from a broken right heel, left tibia and L2 vertebrae, but it didn't dissuade him from his passion of motocross.

He had an excellent day for riding, the news source reports, as it had rained just before he headed out. He was accompanied by his pals Robbie Maddison, Doug Parsons and Rich Kearns.

Stenberg told the news source that he was "a little sore, but that's expected for the first day back. I can't wait for more rain so I can go shovel the hills."

"Twitch" is the proud owner of 7 XG medals, as well as a WX gold medal. In addition to motocross, he enjoys racing trucks, and won the overall SuperLite class on the Lucas Oil Off Road series in 2010.