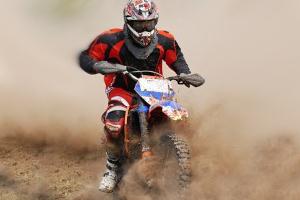 One year after losing the race due to a fluke mechanical problem, Kurt Caselli put in a strong performance to take the opening round of the AMA Racing/Kenda National Hare & Hound Championship Series.

Caselli, who won the championship last season, started his campaign to defend his title with an easy win in Lucerne Valley, California. At this race last year, he also got off to an excellent start and was well out in front of the pack. However, an issue with one of his motorcycle parts caused him to have to push his bike the final mile of the race, which meant he only finished in fifth place.

There was no such misfortune this year, as Caselli jumped out to an early lead in the competition, reports Cycle News. The next closest rider was Monster Energy Kawasaki's Destry Abbott, who is likely in his final year of racing before retirement.

"I got a good jump and was able to get out front and ride my own race," Caselli told the news source. "Last year was kind of a fluke thing. Even after that race we had it all figured out so it wasn't even an issue [anymore]."