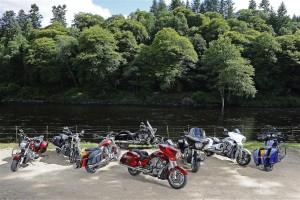 The Las Vegas Motorcycle Auction pulled in more than $4 million over the weekend, as motorcycle fans traveled far and wide to bid on nearly 500 rare and vintage bikes, reports AllAboutBikes.

It's no surprise that the auction pulled in as much money as it did, since it featured some truly rare models. Visitors came from 35 different states in order to attend the event, and it appeared to have been a smash success.

"We are extremely pleased by the response and outcome of the sale," said Auctions America President Donnie Gould. "It exceeded our expectations for a first-time event, and we received nothing but positive feedback from the buyers, sellers and attendees on the quality and diversity of the offering, event presentation and our dedicated client service."

Overall, it wouldn't be a surprise to see this become a yearly tradition, especially if Auctions America continues to find rare and vintage motorcycles to bid on.