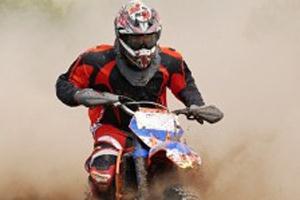 The 2012 Lucas Oil AMA Motocross Championship has announced that they have finally found a place to host their finale, choosing Lake Elsinore as the new site for the final race of the season.

When the schedule was released earlier this year, the slot for the final race simply said "TBA." MX Sports, which promotes the series, apparently had a falling out with California's Pala Raceway, the site of the finale for the past two years. That led to a search for a new track that would serve as a suitable venue.

It was eventually decided that the new Lake Elsinore track in Southern California would be the host for the finale, ensuring that the race stays in the Golden State, reports Cycle News.

"A successful search has landed the AMA Motocross finale at what we feel is the ideal location for a national event in Southern California," MX Sports President Davey Coombs told the news source. "This is a brand new facility that was built from the ground up to host such an event, and offers riders one of the best layouts of any track in the country. We like to close out the summer where the sport of motocross thrives, and we believe we've found the perfect place in Lake Elsinore Motocross Park."