More Than 1,000 Turn Out For Chicago Police Motorcycle Ride 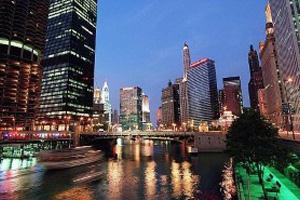 The motorcycle community is always one of the most reliable when it comes to honoring police officers, firefighters and soldiers, and that was on display in Chicago this past weekend. More than 1,000 bikes turned up on Lake Shore Drive in the Windy City for the Area Four Ride to Remember.

It was the biggest turnout to date for the charity event, which honors fallen police officers who were killed in the line of duty. Multiple motorcycle clubs from around the state showed up in the city to demonstrate their support, reports the Chicago Tribune.

Money raised by the event went to the Chicago Police Memorial Foundation. Thanks to the donations and contributions from the motorcycle rally, the children of 32 fallen police officers will have their school supplies and tuition taken care of.

That sentiment was echoed by Officer Gene Offett, a member of the Chicago Police motorcycle squadron.

"We consider ourselves one big family," he told the news source.