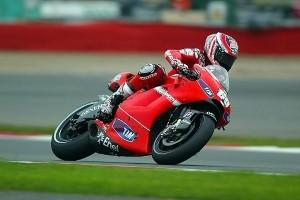 Tommy Hayden and Josh Hayes battled it out to a thrilling finish at the AMA Superbike race at Mazda Laguna Seca Raceway over the weekend. The two riders were practically glued at the hip for the entire race before Hayden eventually came out on top.

According to Cycle News, the two riders were never separated by more than half a second for the entire race. By the final lap, it was truly a two-man race, as the other riders were a full nine seconds behind them. Yet fans were on the edge of their seat for the last lap, as there were four lead changes with the riders jockeying for position.

Perhaps nobody was happier about the outcome than Blake Young, who rides with Hayden on the Rockstar Makita Suzuki team. Since Hayden took first place, it prevented Hayes from leapfrogging past Young in the overall points standings. Young finished in third place, meaning Hayes only gained a marginal amount of points on him. Young now enjoys a five-point advantage over Hayes going into the final races of the season.