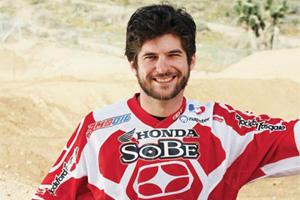 Kevin Windham's saga in the AMA Motocross season has come to an end, much to the disappointment of many fans.

Racing fans' love for Windham borders on phenomenon. The veteran rider is seen as the ultimate underdog, and every one of his moves on the course is seemingly met with roars from the crowd. Windham was not supposed to race in AMA Motocross this season, instead planning on getting ready for Supercross. However, when Honda's Trey Canard and Josh Grant both went down to injury, the Honda team needed a rider and called him up.

Windham decided to race and performed pretty well, although he has been unable to crack the revolving top three of Ryan Dungey, Ryan Villopoto and Chad Reed. Despite Canard and Grant both returning, Windham elected to keep riding, but has now decided to call it quits and focus on the upcoming Supercross season.

"I would like to thank both American Honda Racing and GEICO Honda for allowing me the opportunity to fill in for Canard and Grant while they were on the mend," said Windham in a statement. "I would also like to thank all the fans at the races for cheering so loudly with every lap I raced. I got so overwhelmed by the warm reception I was receiving at all the nationals that I thought I could race them all."

Windham went on to say that he believes the grueling season has affected him mentally and he wants to avoid an injury.