Canard Back On The Bike This Weekend 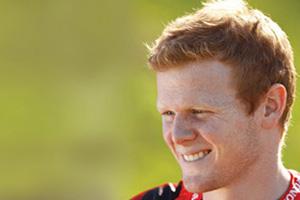 In good news for motocross fans, Trey Canard has announced that he will be making his return this weekend, racing in the AMA Lucas Oil Motocross Series for the first time since winning the 250cc championship last year.

"Knowing that I'm only days away from racing again and to be racing my first-ever 450-class Motocross event feels awesome," said Canard. "Since getting back on my bike and training for motos, everything has gone smoothly. I love riding the CRF450R and can't wait to race it outdoors."

Canard said he has been preparing for the race by riding around Southern California and Oklahoma. He will make his return - and 450cc debut - at Spring Creek in Minnesota, which he won last year.

With just six races to go, Canard has virtually no shot at making a serious run for the title. However, his presence in the race should certainly put some pressure on the riders at the top.