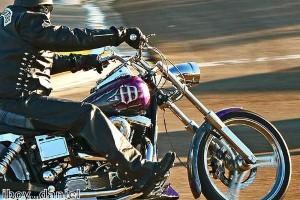 Harley-Davidson recently announced some news that is sure to make fans of the iconic brand happy: they're accelerating the launch of many of their 2012 models.

The company says it has begun delivery of the bikes ahead of schedule in an effort to help its dealers take advantage of the peak summer selling season. Fourteen models are included in the accelerated launch, including favorites like the Road King, Electra Glide, XR1200X and the Sportster.

One model that's sure to turn heads is the inclusion of the Sportster 1200 Custom, which launches ahead of schedule with support for the H-D1 Bike Builder online application. By visiting this website, users will be able to custom design every aspect of their bike, including the seat, handlebars, paint job and much more.

Another vehicle that buyers can shop for immediately is the 2012 version of the Tri Glide Ultra Classic. Harley's three-wheeler offers a bevy of features this year, including a premium audio system, electronic cruise control and an integrated trunk.

While these vehicles are available for purchase now, they're not the only 2012 models Harley has prepped for the year. The manufacturer says it will reveal more 2012 models at the upcoming summer dealer meeting on July 20th.