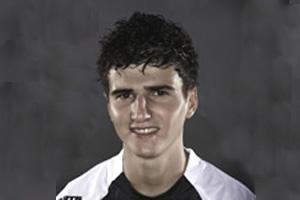 Pourcel is making the switch to the MotoConcepts Racing team, which is sponsored by Yamaha. That represents a big move for the motocross rider, who will have to adjust to life on the YZ450F after spending the majority of his career on Kawasakis.


The rider suffered some disappointment during the final round of the outdoor 250 national championship last year, as he was hit with a shoulder injury that he is only now beginning to recover from. Pourcel is a highly successful rider who has won the AMA East Lites Supercross Title twice in his career.

"The end of the season last year was disappointing but I'm very excited to make a brand new start in the motocross season with a new team, a new motorcycle and some good people behind me," said Pourcel. "It's going to be interesting to see what we can accomplish together."

Pourcel, originally from France, will have some help adjusting to the squad, as it is managed by his countryman David Vuillemin, who previously competed on factory teams for both Suzuki and Yamaha.