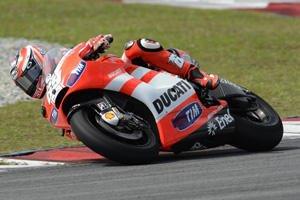 MotoGP star to Experience Mountain Course with Arai Parade Lap
Nicky Hayden, the 2006 MotoGP World Champion, has confirmed that he will attend the 2011 Isle of Man TT Races, fuelled by Monster Energy as part of the event's Mountain Course Centenary celebrations.


His scheduled visit, on Wednesday 8th June, will include an Arai Parade lap with five-time 2010 TT champion Ian Hutchinson and five-time Australian 500cc World Champion Mick Doohan. He will also start and present the trophy for the Monster Energy Supersport Race 2, before he begins his preparation for the British MotoGP round at Silverstone on Sunday 12th June. 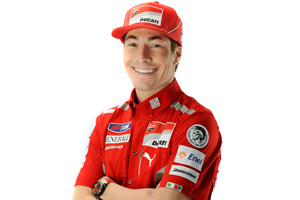 The charismatic American, known as the 'Kentucky Kid', currently races for the Ducati Marlboro Team in the 2011 MotoGP championship with team-mate Valentino Rossi and finished on the podium in the second race of the season at Jerez following his 9th place at the opening round at Qatar.


Hayden is the youngest AMA Superbike champion in history, winning the title at the age of 21 in 2002, a year that also included victory in the Daytona 200. He moved to MotoGP in 2003, winning the Rookie of the Year title in his debut season and ending the season fifth overall.


He finished 3rd in the 2005 Championship, the year he also won his first race at Laguna Seca in the USA. He won the MotoGP Championship in 2006, clinching the title in the last race of the season at Valencia. 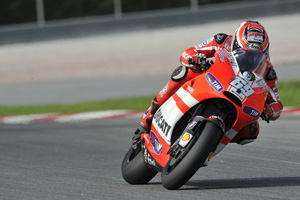 Commenting on his visit to the Isle of Man he said:


"I'm really looking forward to going to the Isle of Man. I've been to pretty much every kind of motorcycle race you can imagine-the Daytona 200, the Jerez MotoGP, the Anaheim Supercross, the Namur World Motocross-but I've never been to the Isle of Man or any other real street race. The TT is just one of those events that every race fan wants to see eventually."